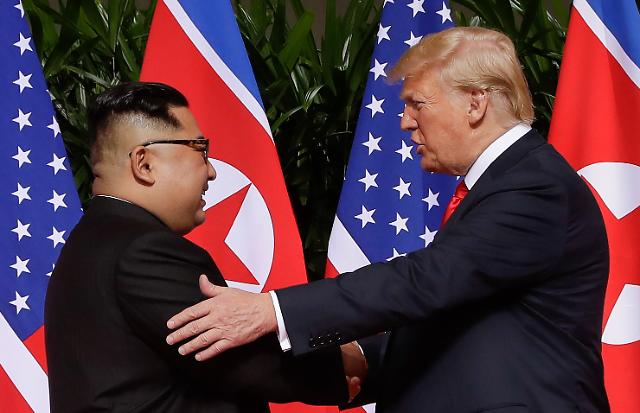 
SEOUL -- Amid uncertainties surrounding the Korean Peninsula including a trade war between China and the United States and the slogging process of North Korea's denuclearization, an American scholar called for a "middle power" role by South Korea.

A middle power refers to a sovereign state that is not a superpower but with large or moderate influence in the international society. Leif-Eric Easley, an associate professor at the Division of International Studies at Ewha Women's University in Seoul, stressed that South Korea should lift up a rules-based international order to increase its influence.

"Typically, we can think of middle powers as upholding a multilateral order. Frankly, given some of the developments in international politics today, I don't think middle powers will have a neutral position," the professor said in an interview with Aju News.

As an American ally, South Korea is certainly not neutral, but it has a middle power role to play, Easley said. "From Seoul’s perspective, sometimes U.S. policy is not ideal. But it's not a matter of friendliness. It's a matter of results. And I think that just now, we are unclear about the results of U.S. policies."

Japan is quietly expanding its maritime role, trying to deepen relations with Southeast Asian countries and with India. Even though Japan is the world’s third largest economy, it does not push its weight around like a great power, "for its own historical reasons and issues," Easley said. "That's the sort of constructive middle power behavior that we might expect."

"I think it's important for South Korea to act in a similar way," the professor said, adding that U.S. policy sometimes needs help adjusting to meet international goals. "Some people, and this is controversial, say the Trump administration is not doing enough to push back against China in the South China Sea or the East China Sea."

South Korean President Moon Jae-in's approach is "more of a middle power strategy than the previous government’s" as he tried to tackle serious challenges with North Korea by developing institutions and building up cooperation among parties with different interests, Easley said.

An inter-Korean thaw brought about by North Korea's participation in this year's Winter Olympics in Pyeongchang has gone further than many skeptics thought, but now is not the time to reduce sanctions, Easley said, urging North Korea to take concrete steps and show the world it is serious about denuclearization.

"I would not say that the U.S. hasn't done much for North Korea. Just by meeting Kim Jong-un, President Trump relieved a lot of pressure. The Singapore summit affected how China looks at North Korea. Now there’s much less pressure and much more engagement," Easley said.

"North Korea should provide a declaration of its nuclear assets. I think many in the expert community and many in government realize that declaration may not be 100 percent complete, but you need to start with the details of denuclearization," he said, suggesting that shutting down nuclear facilities in the North's Yongbyon nuclear complex in a verifiable way would definitely be a start to denuclearization.

"Blowing up some tunnels and closing some non-essential sites are not concrete steps. There needs to be some sort of freeze on fissile material production and there needs to be mechanisms for verification," Easley said.

The professor said that if Pyongyang takes concrete steps, Washington should take reciprocal measures, such as opening a liaison office in Pyongyang to facilitate capacity building exchanges. "Let them come out and receive training in other parts of the world. These kinds of concrete steps will improve the relationship between North Korea and the U.S."