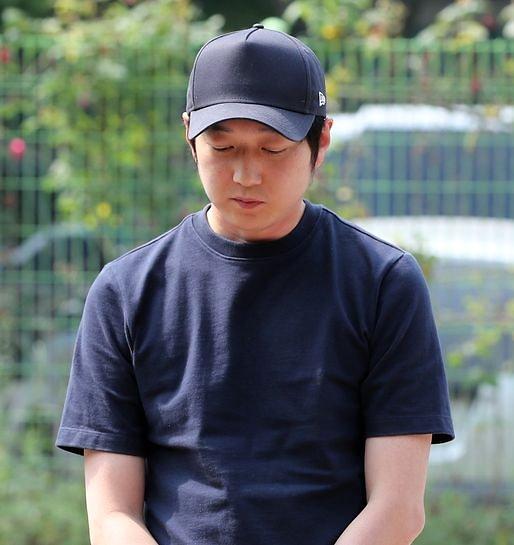 
SEOUL -- The jailed coach of South Korea's female short track speed skating team was accused of raping or sexually harassing Shim Suk-hee, an Olympic gold medalist, habitually even in a training center that began four years ago when she was a 17-year-old high school student.

The sexual attack by Cho Jae-beom, who is on trial at an appeals court, has been staged indiscriminately even in training centers and locker rooms, Shim's attorneys said, demanding the sports ministry and the Korean Sport and Olympic Committee, a top sports body, should be blamed for poor management supervision.

"Shim is still suffering from a nightmare every day because of a mental shock," Lim Sang-hyuk, one of Shim's lawyers, told reporters on Wednesday. "It was hard to talk, but she took her courage, worrying about the second and third victims."

Cho received a 10-month jail sentence in September last year for beating one male and three female skaters between 2011 and January 2018.

Shim, 21, allegedly decided to take legal action because her jailed coach claimed in court that he used beating to improve the performance of athletes. Her lawyers said Shim filed a complaint with police after an appeals court hearing on December 17, accusing him of sexually assaulting her on multiple occasions since 2014.

Cho refuted Shim's claims but her lawyers insisted she was sexually assaulted until around two months before the opening of the Winter Olympics in February 2018 in the eastern ski resort of Pyeongchang.

As the captain and anchor of South Korean female short-track speed skaters, Shim boycotted a training program in January and left a training camp in Jincheon, some 75 kilometers (46 miles) south of Seoul. She came back two days later after her coach was suspended.

Shim is a two-time Olympian with four medals, including two gold, one silver and one bronze. In Pyeongchang, she helped South Korea to win a gold medal in the women's 3,000-meter relay.