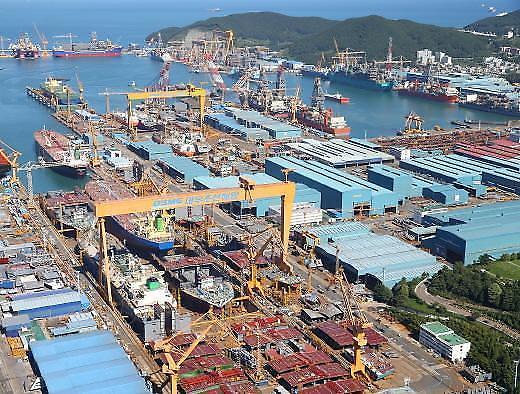 
SEOUL -- Hyundai Heavy Industries (HHI), the world's largest shipbuilder, was selected as the sole bidder for its South Korean underdog, Daewoo Shipbuilding & Marine Engineering (DSME), paving the way for the creation of a mega shipbuilder capable of walking over foreign rivals.

Korea Development Bank (KDB), a state policy lender which has a 55.7 percent stake in DSME, announced the selection Tuesday of HHI as the sole candidate to take over the Daewoo shipyard, saying Samsung Heavy Industries, the country's third-largest shipbuilder, has decided to stay away.

KDB hopes to sign an official deal in early March, but the lender should clear its way through obstacles as the labor unions of HHI and DSME are strongly opposed to the integration of two major shipyards, fearing possible layoffs.

In a statement on Tuesday, HHI's union warned of an "all-out" struggle, saying the acquisition could drive the two shipyards into the red together and restructuring. DSME workers will a two-day vote on February 18. Union leaders worry about redundancy in design, sales, research and other overlapping sectors.

Through a complicated process of equity conversion or transfer, the shipyards of HHI and DSME will be run under the same roof of a new corporation. KDB will provide 1.5 trillion won ($1.34 billion) in paid-in capital for third-party allocation of DSME and another one trillion won if needed, in return for acquiring new shares to be issued by HHI.

The deal is aimed at enhancing the competitiveness of South Korea's shipbuilding industry, HHI has said, adding the two shipbuilders could acquire the world's best technology and know-how, achieve economies of scale, and increase productivity by sharing technology, design, parts and services.