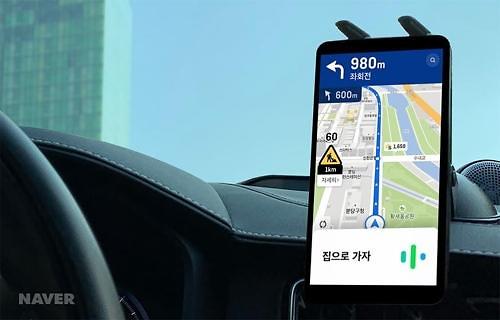 Naver said in a statement Friday that it's navigation app supports "Clova", the company's artificial intelligence (AI) platform, so that users can give voice commands such as "let's go home" or search for destinations by saying keywords without taking their hands off the handle.

"Users can now use Naver's navigation service through natural interactions without the need of complicated manipulation," Naver's map service manager Lee Chang-hee was quoted as saying. He said Naver would keep updating its app to provide features such as playing music with a simple voice command.