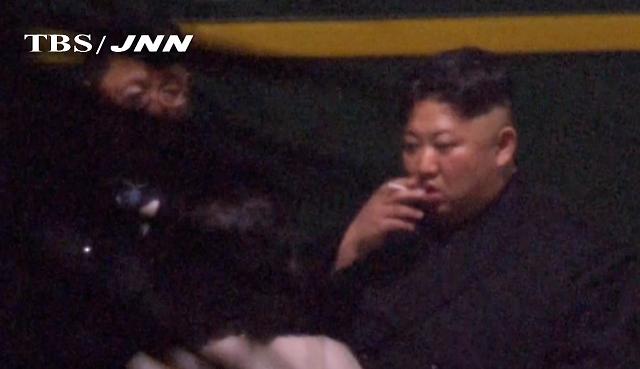 
SEOUL -- North Korean leader Kim Jong-un took a short break to smoke a cigarette at a Chinese train station hours before his arrival in Vietnam, for his second summit with U.S. President Donald Trump, Japanese TV footage has shown.

According to the one-minute video clip by TBS, Kim lit a cigarette with a match and took a drag at China's Nanning station in the pre-dawn darkness Tuesday. His sister, Kim Yo-jong, was seen carrying a crystal ashtray for the leader.

He was also seen talking with officials who appear to be the North's Foreign Minister Ri Yong-ho and Vice Foreign Minister Choe Son-hui. After staying for about 30 minutes, Kim's special train started off again toward the Southeast Asian nation, the broadcaster noted.
(Yonhap)