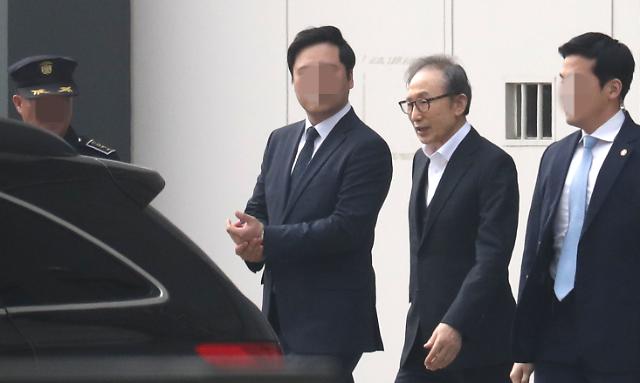 SEOUL -- South Korea's jailed ex-president Lee Myung-bak smiled as an appeals court released him on bail on condition that the 77-year-old should put himself into virtual house arrest and exercise more than one hour every day.

Lee, who served as president from 2008 to early 2013, was escorted by security guards and police into his house in southern Seoul on Wednesday, more than 11 months after he was arrested on corruption, embezzlement and other charges.

The High Court in Seoul approved Lee's release on bail of one billion won ($885,960). He was ordered to stay inside his home, meet or communicate only with his immediate family members and lawyers. He should get approval for hospital visits and submit logs on daily activities.
Lee was not released because of ill health, the court said, warning he could be sent back to prison for unauthorized activity. "From now, I have to plod the path of toil," he said in the courtroom, shaking hands with aides. He smiled and waved to a group of supporters chanting his name outside the court.

On October 5, a lower court sentenced Lee to 15 years. He has asserted his innocence, arguing prosecutors brought charges based on unreliable evidence, but he was found guilty of embezzling a company fund of 24.6 billion won and taking bribes from Samsung Electronics and others. 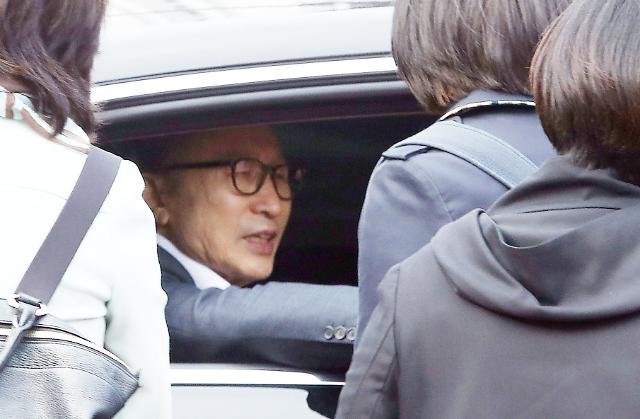 Lee has insisted he has never received bribes during his five-year tenure or used his position to pursue private interests, describing himself as the victim of political retaliation for the death of his predecessor, Roh Moo-hyun, who threw himself off a mountain cliff in 2009 following a humiliating probe into alleged corruption involving his family.

At the center of debate has been DAS, an auto parts supplier for Hyundai Motor. The court sided with prosecutors, saying Lee is the real owner of DAS and used it to create a slush fund. The ex-president has insisted the company was owned and managed by his brother.

The businessman-turned-politician was convicted of taking bribes in return for favors that included $5.2 million from Samsung as well an illegal payment from South Korea's spy agency.

Lee's successor, Park Geun-hye, should stay in prison for a total of 33 years for her role in a massive corruption scandal that revealed deep-rooted collusive ties between businessmen and politicians.