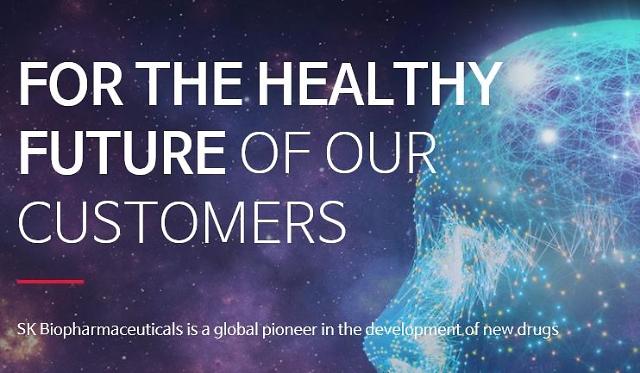 
SEOUL -- Solriamfetol, a new drug developed by SK Biopharmaceuticals, a pharmaceutical arm of South Korea's SK Group, has won approval from the U.S. Food and Drug Administration (FDA) for treatment of excessive sleepiness associated with narcolepsy and sleep apnea.

In 2011, SK Biopharmaceuticals licensed rights to Aerial Pharma. In 2014, After taking over the license to solriamfetol in 2014, Jazz Pharmaceuticals clinical trials and applied for FDA approval in December 2017. In the U.S. market, Jazz will sell solriamfetol in the brand name of Sunosi.

SK Biopharmaceuticals has rights in 12 Asian countries, including South Korea.
"We hope that the rollout of solriamfetol will become a new treatment option for patients with sleep-disordered diseases," SK Biopharmaceuticals CEO Cho Jeong-woo said Thursday in a statement.

Through the deal with Arvelle, SK Biopharmaceuticals would receive an upfront payment of $100 million and is eligible to receive up to $430 million upon achievement of certain regulatory and commercial milestones in addition to royalties on net sales generated in Europe.

Cenobamate, which is in third-stage clinical trial, awaits U.S. approval. If approved, it can compete with a widely used anti-epileptic drug from UCB, a global biopharmaceutical company.