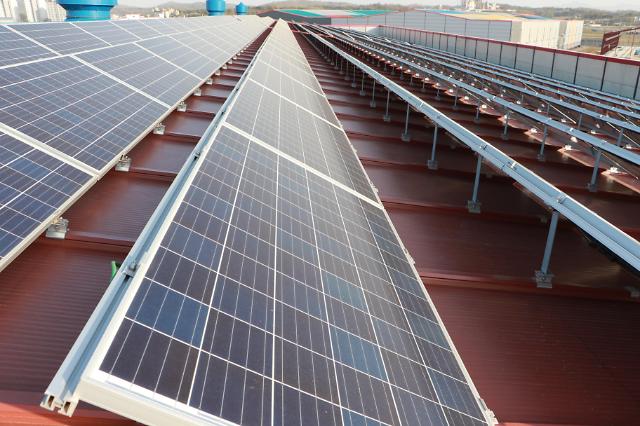 SEOUL -- Korea Hydro & Nuclear Power (KHNP), the state-run operator of nuclear power plants in South Korea, signed a deal to turn a sea salt farm into a solar power complex capable of producing 300-megawatt electricity on an island off the southwestern port city of Mokpo.

KHNP said Friday that a memorandum of understanding was signed to launch a solar power project in Bigeumdo, an island in Sinan County. Solar panels would be installed in the island's sun-dried salt farm. The project worth 554.4 billion won ($490.6 million). It is South Korea's largest cooperative solar power project funded by a residents' cooperative, a power generation company and a construction company.

KHNP plans to build more solar power plants in salterns as part of a government campaign to replace nuclear reactors and other fossil-fueled power plants with renewable energy sources.

In October last year, the government announced a project to build the world's largest solar power complex with a total capacity of 3.0 GW on reclaimed land as well as an offshore wind farm with a capacity of 1.0 GW in Saemangeum near the southwestern port city of Gunsan.