Granddaughter of dairy company founder detained for suspected drug use 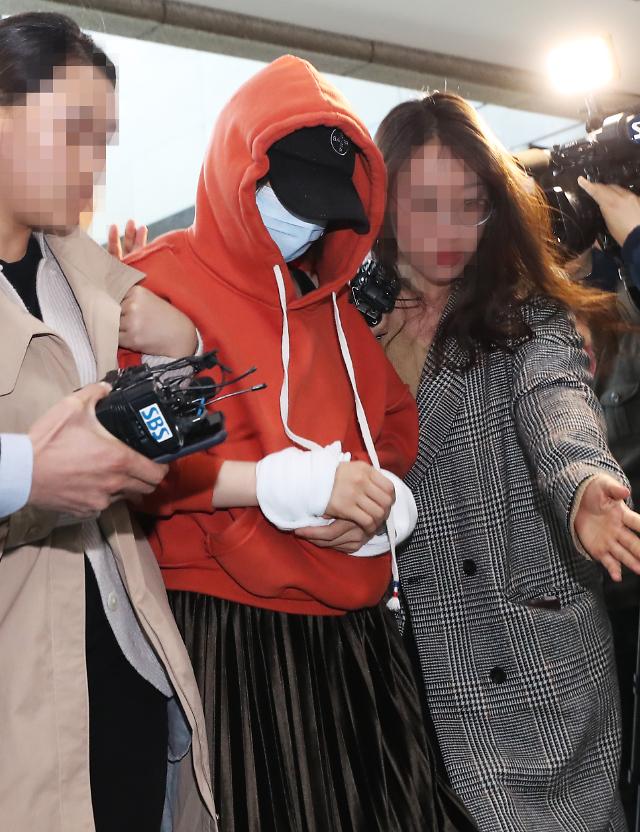 
SEOUL -- Hwang Ha-na, a 31-year-old granddaughter of a businessman who founded Namyang Dairy Products, a major dairy producer in South Korea, was detained for an investigation into her suspected drug use.

Wearing an orange hooded shirt and a black hat, she covered her face with a white mask on Thursday when female officers escorted the handcuffed woman into a police station in the southern city of Suwon. She was taken into custody by an anti-drug squad from a hospital where she was staying for treatment.

Hwang, a granddaughter of Hong Doo-young, the late founder of Namyang Dairy Products, was suspected of selling methamphetamine commonly known as ice and using it in 2015, but she avoided indictment in a police probe in 2017 after prosecutors dropped charges. Through her social media activities, Hwang showed off acquaintances with celebrities. Namyang Dairy has said that she has nothing to do with management.