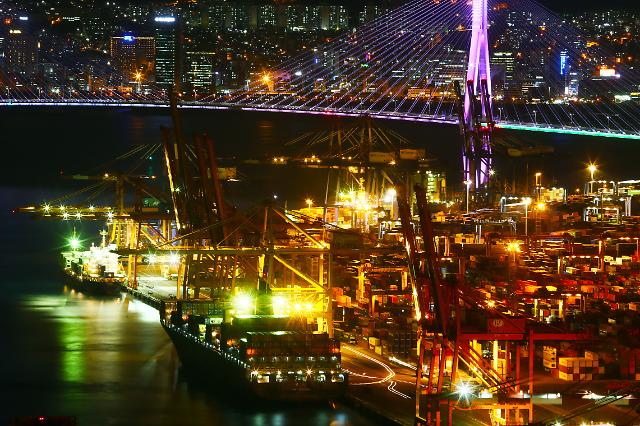 
SEOUL -- Busan, the hub of South Korea's maritime transportation, will establish a blockchain-based terminal-to-terminal cargo transit system at its main port to efficiently track and manage shipments in real-time.

Busan, some 326 kilometers (202 miles) southeast of Seoul, has the country's most crowded seaport with about 11 million containers coming in and out every year. However, Busan port officials regard the port's terminal-to-terminal cargo transit system as not so efficient because information about cargo was not shared between transport companies and shippers in real-time.

Blockchain is a decentralized service which shares replicated and synchronized data geographically spread across multiple servers operated by countries or organizations. Each virtual ledger works as a verification tool, making it almost impossible to hack or manipulate.

Busan Port Authority said in a statement Tuesday that it would establish and put the blockchain-based system into operation in October. The system has been tested since January. It is expected to improve the efficiency of terminal-to-terminal cargo transport and save money.