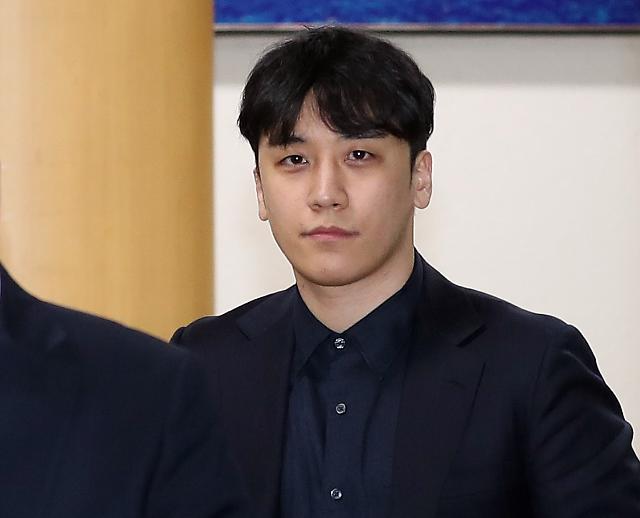 SEOUL -- Police sought a court-issued warrant to arrest Seungri, a disgraced BIGBANG member, and his business partner on charges of arranging sexual services for foreign investors and embezzling company money.

Seungri, who was known as one of South Korea's most successful singer-turned-businessmen, has been the target of public criticism since a 28-year-old man claimed in January that he was brutally beaten by the employees of Burning Sun, a music and dance club associated with Seungri.

A police investigation has exposed drug trafficking by Burning Sun employees and a sex scandal that forced the departure of celebrities from South Korea's music community. Jung Joon-young, a singer-songwriter, was arrested on charges of sharing illegally filmed sex video files with Seungri and other artists.

Seungri and Yoo In-seok, who founded Yuri Holdings together for investment in restaurant and entertainment businesses, was accused of having used music and dance clubs to arrange sex services for business favors. Police have questioned 17 women for their alleged involvement in Seungri's sex scandal.

One Burning Sun employee was accused of using drugs with the ex-girlfriend of Park Yoo-chun, an expelled JYJ member who was arrested on April 26 for taking methamphetamine.