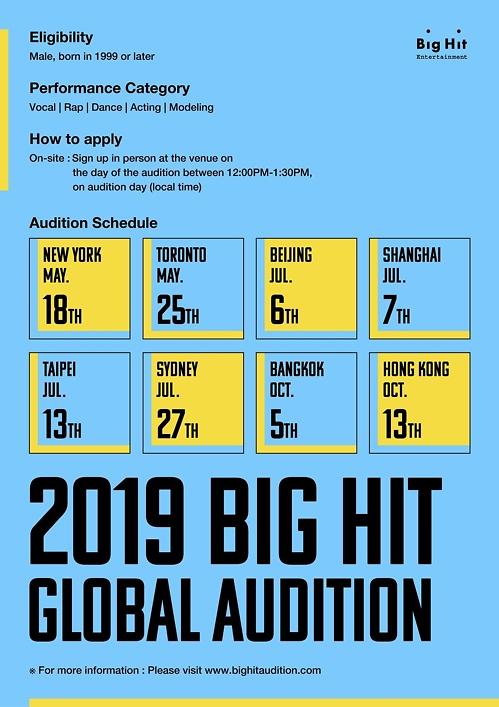 SEOUL -- Big Hit Entertainment, which manages BTS, will open an international audition this month to find new K-pop stars talented in singing, dancing, acting and modeling. Any males born in 1999 or later can apply.

Big Hit said in a statement on Friday that it would kick-start "2019 BIG HIT GLOBAL AUDITION" in New York on May 18. The audition will run until October 13, covering eight cities including New York, Beijing, Sydney and Bangkok. The agency will not receive online applications and those who wish to participate in the audition must visit designated venues to sign up.

Big Hit was established in 2005 by Bang Shi-hyuk, a songwriter-producer who has guided many K-pop artists such as Seo In-kuk, 2AM and Baek Ji-young. Currently, it manages just two boy bands -- BTS and TXT.