Man kidnapped in Libya released and waits for homecoming in UAE 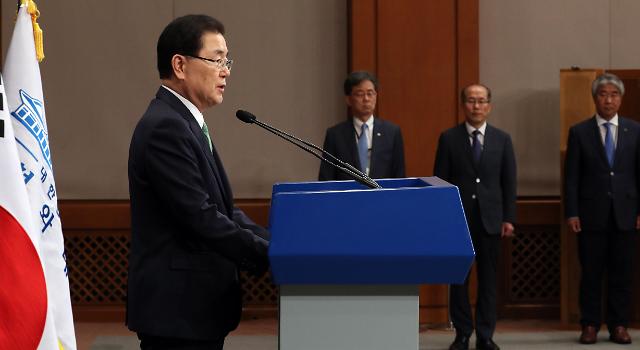 SEOUL -- A 62-year-old South Korean man kidnapped by an armed group in Libya in July last year stays in Abu Dhabi under the protection of South Korea's diplomatic mission, awaiting a trip back to his homeland, after he was released together with three Filipinos, ending 315 days of captivity.

An armed militia abducted the four workers at a water plant in Jabal Hasouna in Libya on July 6. Kidnappers did not identify themselves, acting differently from extremist groups such as IS and Al Qaeda. The South Korean man, identified by his surname, Joo, was freed on Thursday, according to the South's presidential office.

Joo is staying safely in Abu Dhabi, the capital of the United Arab Emirates (UAE), under the protection of South Korea's diplomatic mission, Chung Eui-yong, head of the presidential National Security Office, told reporters, adding the man would return home on Friday as an initial medical check showed no health problems.

Demands from kidnappers have not bee disclosed, and it was not known whether any ransom was paid. The South Korean government has made diplomatic efforts through Libya and other countries to secure Joo's release.

Chung said the UAE government has played an active role in releasing Joo since Crown Prince Mohammed bin Zayed Al Nahyan agreed to provide support at talks with South Korean President Moon Jae-in in Seoul in late February. He said that Joo has been kidnapped by a criminal group operating in southern Libya.

No group has claimed responsibility for the kidnapping of the four who reportedly had been working as technicians at a water plant for the Great Man-made River Project which runs a waterway across the Libyan desert.

A video showing the four calling for help was published on August 1 on the Facebook account of 218 News, a Libyan media company. "Please help me, president... our country South Korea," a middle-aged Korean man with an overgrown beard spoke in broken English to a camera, sitting in a desert with three other victims. Behind them, a hooded man sat with a Russian RPK machine gun.