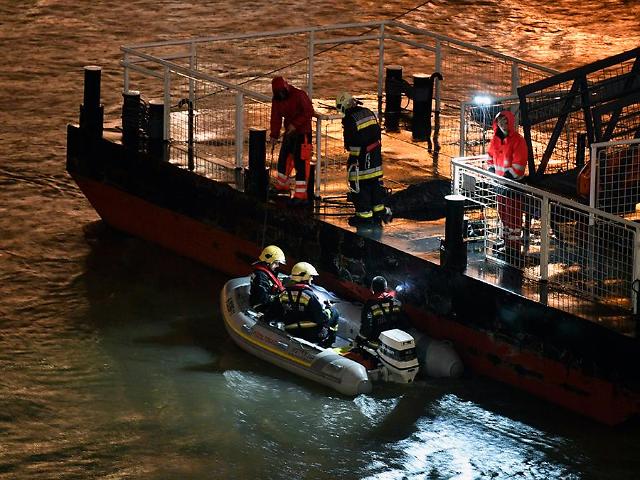 SEOUL -- On a presidential order, the South Korean government agreed to dispatch an emergency response team to Hungary after a sightseeing boat with 33 South Koreans and two crew members aboard sank on Danube River in Budapest after colliding with another vessel.

Seven were confirmed dead and seven others were rescued, the South's foreign ministry said, adding 19 went missing after being swept away by strong currents. Media reports said the water level of Danube River was very high, hampering the rescue operation.

The group tourists were on a night sightseeing tour in Budapest as part of their Eastern Europe tour package, operated by South Korean travel agency Very Good Tour, when the boat sank on Wednesday night.

Moon has ordered the dispatch of an emergency response team to Hungary. A 37-member team including deep-sea divers and others has been formed.

Very Good Tour said that the sunken boat, Hableany, had carried 33 Koreans including 30 tourists, two guides and a photographer.

"The boat was on its way back from a night sightseeing tour and a big ship named Viking Cruise, which just left its quay, rear-ended Hableany just a few minutes before it reached its destination," Very Good Tour's executive director Lee Sang-moo said, based on accounts from survivors.

"I think the boat operator is primarily responsible for the accident, but our travel agency is also responsible," Lee told reporters. However, he said the boat was not in a dangerous situation due to strong currents. "It was raining at the scene but all the sightseeing boats operated normally."

The sightseeing schedule was included in the tour package and all tourists have agreed to ride, Lee said. "Passengers are normally required to wear life vests but we have not checked if they wore them at the time," he said.