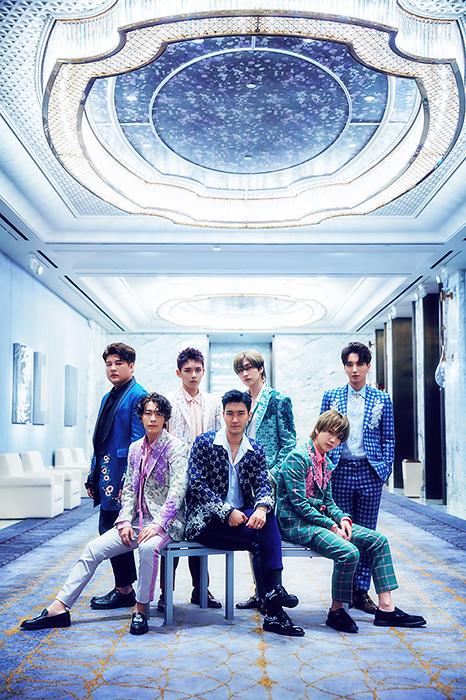 
SEOUL -- K-pop band Super Junior will return to the music scene as a nine-member group, excluding two members, Kangin and Sungmin, for their solo activities.

Nine members -- Leeteuk, Heechul, Yesung, Shindong, Siwon, Eunhyuk, Donghae, Ryeowook and Kyuhyun -- have agreed to participate in the release of their ninth album, Label SJ, the group's management agency, said in a statement on Monday, overturning its previous announcement that Super Junior would be active again as an 11-member group.

Kyuhyun, the youngest member of the band, was the last member to end his obligatory military service as a public service worker in May.
Users of Super Junior Gallery, the group-related online community, called for a boycott of Super Junior's songs until Label SJ expels Kangin and Sungmin from the band for hurting the group's image.

In 2017, Super Junior Gallery members and overseas fans urged Kangin to voluntarily leave Super Junior after he was investigated by police on charges of assault at a Seoul bar. Kangin was involved in a series of assault and drunk driving cases between 2009 and 2017.

Fans have also demanded that Sungmin leave the group after he unexpectedly announced his marriage with a former singer-entertainer in 2014. He was criticized for holding his wedding during a concert in Japan.