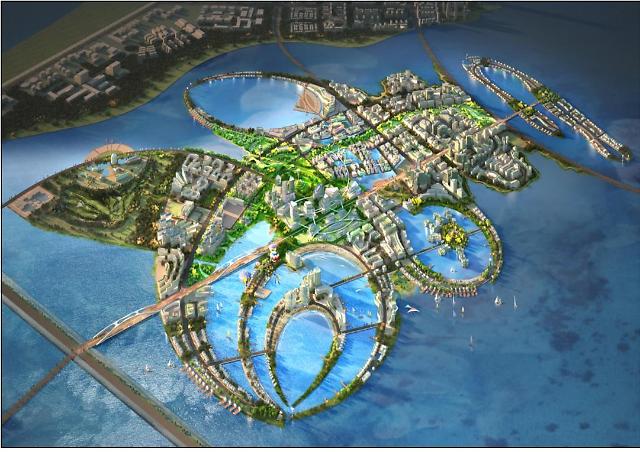 
SEOUL -- South Korean environmental groups raised a strong objection to a fresh state project worth about $763 million to build a smart waterfront city on reclaimed land created by the world's longest man-made sea barrier on the west coast, saying it would end up wasting taxpayers money.

The project pushed jointly by the Ministry of Land, Infrastructure and Transport and the Korea Agency for Saemangeum Development and Investment has passed a preliminary feasibility study by the Korea Development Institute, a state think-tank.

In an announcement on June 2, government officials said about 900 billion won ($763 million) was earmarked for the construction of a self-sufficient smart waterfront city on 6.6 square kilometers of land in Saemangeum near the southwestern port city of Gunsan.

A seawall stretching 33 kilometers (20 miles) was built in 2010 to convert an estuarine tidal flat in Saemanguem into agricultural or industrial land. It was certified by Guinness World Records as the world's longest man-made sea barrier which created an area of about 400 square kilometers and a freshwater reservoir.

The waterfront city will be installed with differentiated waterfront spaces such as double islands and urban waterways, smart public services using the Internet of Things and artificial intelligence, and renewable energy. Residential facilities, a public cluster, an international business zone and a resort complex will be created.

However, the project encountered opposition from environmental groups, which expressed concern about a waste of taxpayers money, pollution and a high risk of ground subsidence. They urged policymakers to review it from scratch and seek feasible development through "accurate diagnosis and prescription."

"The Saemangeum version of Dubai is a mirage in the desert," a regional association of environmental groups in North Jeolla Province said in a statement on Wednesday. "Considering environmental and safety aspects, there is a slim chance of success for the Saemangeum waterfront city."

With no industrial parks and tourist facilities behind it, it may not function as a self-sufficient city, the association said, adding that if the drainage gate is closed to create a waterfront city, pollution will get worse.

Saemangum has turned into "a land of death" due to pollution despite efforts to improve water quality by wasting an enormous amount of money for two decades, it said, calling for the uninterrupted introduction of seawater across the seawall.

Saemangeum has been at the center of prolonged debate over how to use and develop the area. Previous governments have mapped out different blueprints such as the construction of an economic and trade hub, but progress has been slow. President Moon Jae-in has unveiled a fresh project to build the world's largest solar power complex and a large-scale offshore wind farm in Saemangeum.