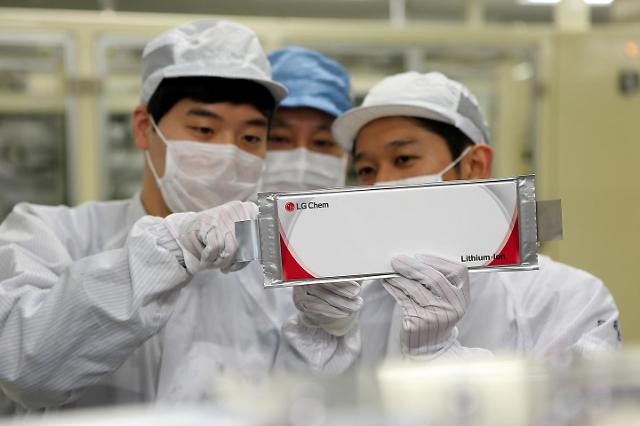 SEOUL -- Geely, an aggressive investor in the electric vehicle market, has agreed with LG Chem, a major battery maker in South Korea, to set up a joint venture for batteries that would be used by electric vehicles produced by the Chinese auto group.

The two companies will invest 103.4 billion won ($87.2 million) each to equally share the joint venture. The joint venture factory will have a capacity of 10GWh of batteries, which will be supplied to electric vehicles to be produced by Geely and its subsidiaries.

China will end its subsidy policy in the electric vehicle market after 2021. From 2020, Geely plans to plans to convert 90 percent of its vehicles into electric cars.

LG Chem's domestic rival, SK Innovation (SKI), has expanded the production of batteries for electric vehicles in China. In May, SKI's board approved 579.9 billion won ($487 million) for an investment to build a new battery plant in China. SKI has built a battery plant in Changzhou in China's southeastern Jiangsu province.