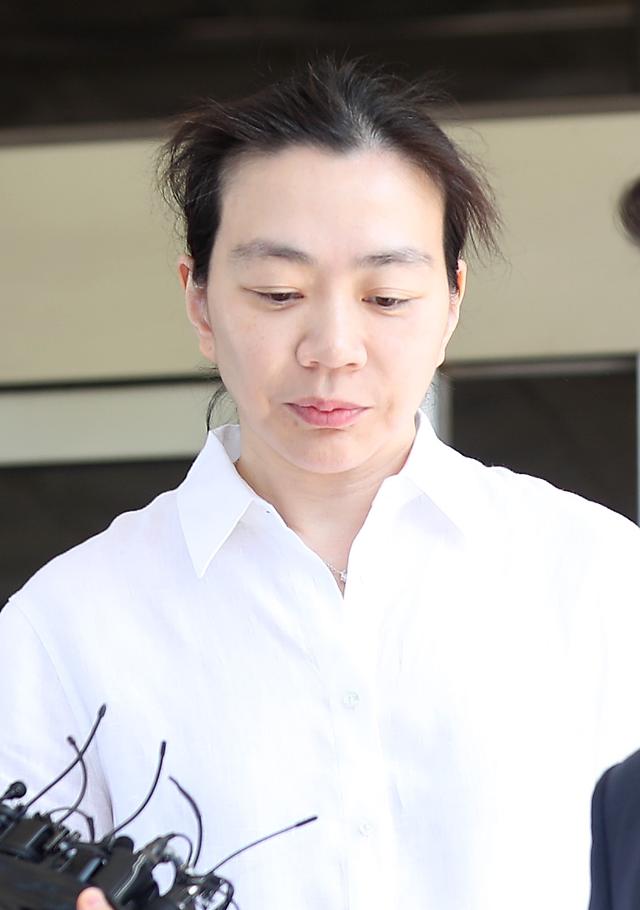 SEOUL -- Cho Hyun-ah, a former Korean Air vice president known for a "nut rage" incident in 2014, was given a suspended jail sentence that cleared legal obstacles to her comeback as a Hanjin group executive as her younger sister did this week.

A court in the western port city of Incheon sentenced the woman to eight months in prison with a stay of execution for two years on charges of bringing in various items, including luxury items, without paying customs. She also received an 80-hour community service order as well as a fine of 4.8 million won ($4,051) and a forfeit of 63 million won.

She was accused of having smuggled goods worth about 88 million won on 202 occasions between January 2012 and May last year through an airport clearance desk for Korean Air. However, the court recognized her remorseful attitude and said that smuggled goods are mostly for everyday household use or personal consumption.

The court's decision came three days after Cho Hyun-min, the youngest daughter of Hanjin Group's late chairman Cho Yang-ho, came back as Hanjin KAL's executive director and a vice president of Jungseok Enterprise, a real estate management arm of the group, 14 months after she stood down as Korean Air's executive director. 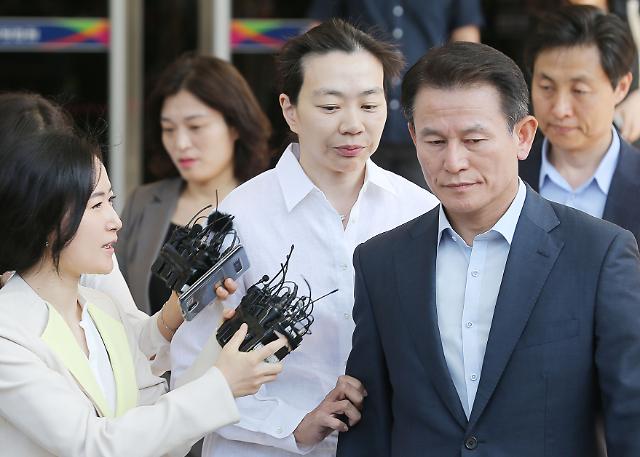 Cho Hyun-ah leaves a court in Incheon after the court handed down a suspended jail term on June 13. [Yonhap Photo]

Cho Hyun-ah, 44, became enraged in December 2014 when a flight attendant served her some nuts in a bag, rather than on a plate, on board a flight that was forced back to the gate while taxiing to the runway. She was given a twelve-month prison sentence on conviction of violating aviation safety laws, but an appeals court handed down a suspended jail term in May 2015.

In March last year, Cho Hyun-ah came back to head Hanjin's hotel business unit, KAL Hotel Network, but she lost her title again after her sister threw a glass cup and sprayed plum juice during a business meeting with advertising agency officials.

In Thursday's case in Incheon, Lee Myung-hee, the wife of Hanjin's late chairman, received a six-month jail sentence, suspended for one year, on similar charges. Lee, 69, has been widely criticized as a typical example of "Gapjil" that means an abuse of power such as mistreatment, arrogant behavior, crude talk, character assassination, and insults.