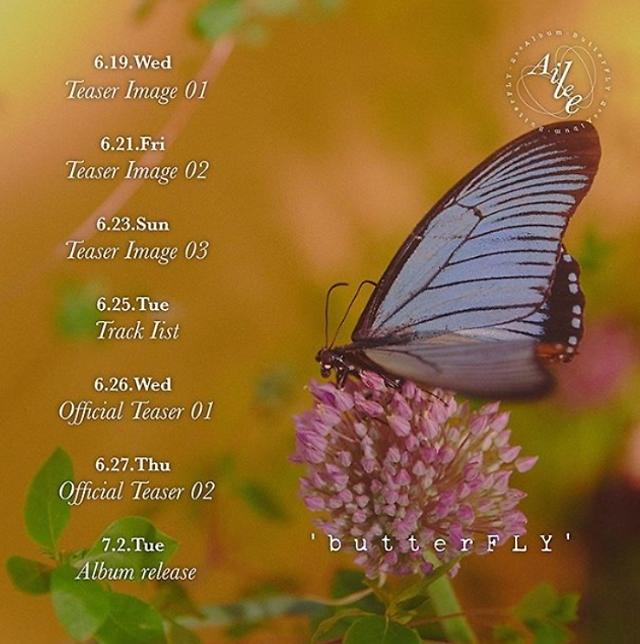 
SEOUL -- Singer Ailee will come back to the music scene with an official album titled "butterFLY on July 2. The 30-year-old revealed her comeback schedule via social media.

Ailee uploaded a poster image showing her comeback schedule onto her Instagram on Tuesday. The singer will start releasing teaser images and videos one after another from June 19 to 27.

The R&B singer, who is well known for her explosive vocal skills, debuted in 2012 and received attention from K-pop fans with "I Will Go To You Like The First Snow", the original soundtrack of the 2016 hit drama "Goblin". "Reminiscing" was her recent single album released in 2017.

Ailee was chosen to accompany President Moon Jae-in for his trip to North Korea for an inter-Korean summit in September 2018. She performed in Pyongyang along with South Korean rapper Zico as part of an art troupe.