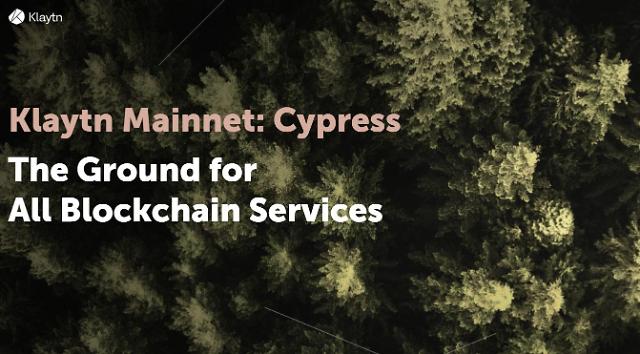 SEOUL -- After months of test operation, Ground X, a blockchain subsidiary of South Korea's web service giant Kakao, has launched its mainnet, a cryptocurrency transaction network, for its service-centric" blockchain in partnership with LG, Netmarble and other well-known domestic companies.

Ground X said in a statement on Thursday that it had officially launched the mainnet of "Klaytn", a blockchain platform for service companies. The blockchain company said some 20 companies have formed a "Governance Council" to operate Klaytn with Kakao.

"Through this release of the mainnet, we laid the groundwork for the popularization of blockchain," Ground X CEO Han Jae-sun was quoted as saying. He said that the company would seek its partnership with more companies to vitalize the ecosystem of Klaytn.

Blockchain is a decentralized service which shares replicated and synchronized data geographically spread across multiple servers operated by countries or organizations. Each virtual ledger works as a verification tool, making it almost impossible to hack or manipulate. A mainnet is a transaction network for cryptocurrency, which is provided as a reward for sharing blockchain resources.

Klaytn was first introduced in October last year. The platform is designed to provide super-fast blockchain speed which "does not exceed one second" for service companies. Currently, about 20 companies are hooked onto Klaytn's network.