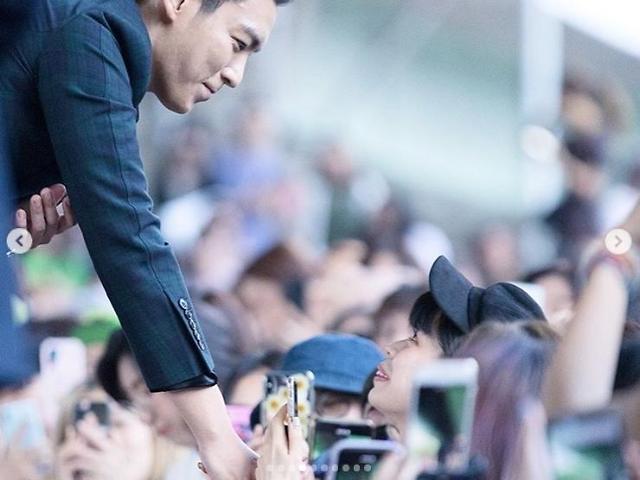 SEOUL -- In an Instagram post that marked an end to his obligatory service for the country, BIGBANG member TOP promised to "repay" for disappointments he had caused by smoking marijuana.

"I will make sure to reflect on myself and repay the hurts and disappointments I caused to you," TOP, 31, said in an English post. He started his service as a conscripted policeman in February 2017, but he was expelled for smoking marijuana. He was later deployed at a district office in Seoul as a public service worker.

Seungri left the band in March this year after he got caught up in a scandal over "Burning Sun", a music and dance club in southern Seoul. He has been accused of arranging sex services for business favors in a bid to attract money from foreign investors.

Seungri has been the target of public criticism since a 28-year-old dance club customer claimed in January that he was brutally beaten by Burning Sun employees. An investigation exposed drug trafficking and a sex video scandal that forced the departure of celebrities. Jung Joon-young, a singer-songwriter, was arrested for posting illegally filmed sex video files.