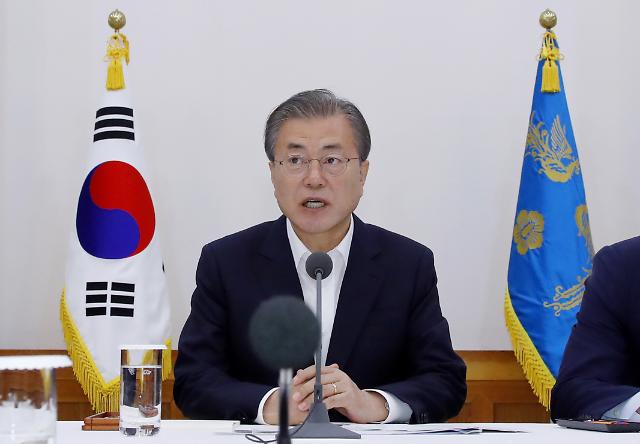 SEOUL -- China will have a windfall gain in electric and electronics industries if Seoul and Tokyo lock their horns in an uncompromisable trade war that would cause much more damage to South Korean companies, an economist said, calling for a diplomatic solution.

Economists agreed Wednesday at a seminar hosted by the Federation of Korean Industries (FKI), a lobbying club of conglomerates, that South Korea is an outright underdog in a possible trade war with Japan.

"If it escalates into a trade conflict between South Korea and Japan, China will be the biggest beneficiary," said Cho Kyeong-yeop, a senior researcher at the Korea Economic Research Institute (KERI).

In the case of electric and electronics industries led by South Korea and Japan, South Korea's production will fall 20.6 percent and Japan's production 15.5 percent, while China will gain 2.1 percent with a monopoly position switching to China," Cho said, adding Japan's prolonged export restrictions would lead to a sharp decline in South Korea's gross domestic product (GDP).

If semiconductor materials fall short by 30 percent, South Korea's GDP will shrink by 2.2 percent, while Japan will suffer a 0.04 percent drop in GDP, the KERI economist said. "If South Korea responds with export regulations, South Korea and Japan will see their GDP decrease by 3.1 percent and 1.8 percent, respectively."

Strategy and Finance Minister Hong Nam-ki said in parliament that South Korea's finished semiconductor products are in stock for several months. "We have several months worth of finished products in stock," he said, adding South Korea would have "a lot of trouble" if Japan's export restrictions are prolonged.

"What companies are more concerned about is material parts they have to bring in for finished products," Hong said. "I think display and other sectors can face difficulties if Japan's export restrictions have a serious impact."