Over 60 percent of S. Koreans ready to join boycott of Japanese products: survey 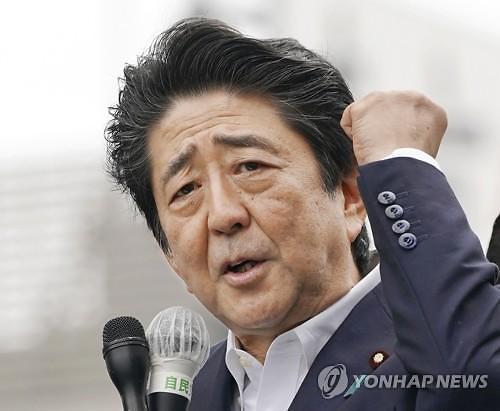 
SEOUL -- More than 60 percent of South Koreans are ready to join a boycott of Japanese products as anti-Japanese sentiment was amplified by Prime Minister Shinzo Abe's new drive to restrict exports of crucial chemicals used for the production of microchips and displays.

A boycott campaign has sprouted against some Japanese products like beer since Tokyo strengthened exports curbs, which were seen by Seoul as economic retaliation for a row over wartime wrongdoing. However, many South Korean consumers have been cool-headed, acting in a composed manner.

The situation could be far different if Abe endorses the expansion of trade restrictions to aggravate relations, which already have been at a low ebb.

In a survey of 1,005 adults, conducted this week and published on Friday, Gallup Korea found that 67 percent of South Koreans voiced their willingness to participate in a boycott of Japanese products while 27 percent answered the other way round.

Even many of those who disapproved of President Moon Jae-in said they are willing to participate in a boycott campaign. "This seems to be the result of more entrenched feelings toward Japan," Gallop Korea explained.

Until before Abe took office in December 2012, the ratio of South Koreans with a good feeling had stayed above 20 percent, rising to 41 percent in 2011 when Japan was hit by a powerful earthquake. "That's the only time the favorability of Koreans towards Japan exceeded 40 percent as the mature attitude of the Japanese in responding to the great disaster at that time seems to have had a positive impact on Japan's national image," the pollster said.

In the past eight years, the gap between good and bad feelings has widened. The recent Gallop Korea poll showed that only 12 percent voiced a good feeling toward Japan, compared to 17 percent in 2015, while 77 percent said they have no friendly feeling, compared to 74 percent four years ago.