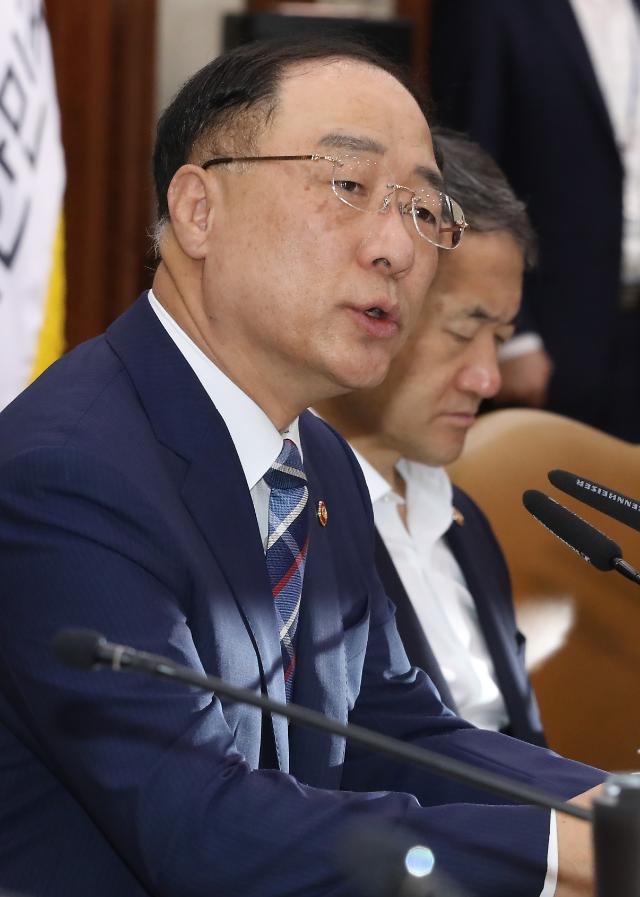 Strategy and Finance Minister Hong Nam-ki told a meeting of economic officials on Wednesday that Japan should not undermine the basis of reciprocal economic cooperation with South Korea with trade curbs. "We urge Japan to withdraw its export control measures and start consultations."

The Supreme Court upheld a 2013 ruling that ordered Nippon Steel & Sumitomo Metal Corp. to compensate Korean victims. Tens of thousands of Koreans were forced to work under harsh conditions for Japan, but many have died. Government data at the time showed that there were 6,570 survivors.