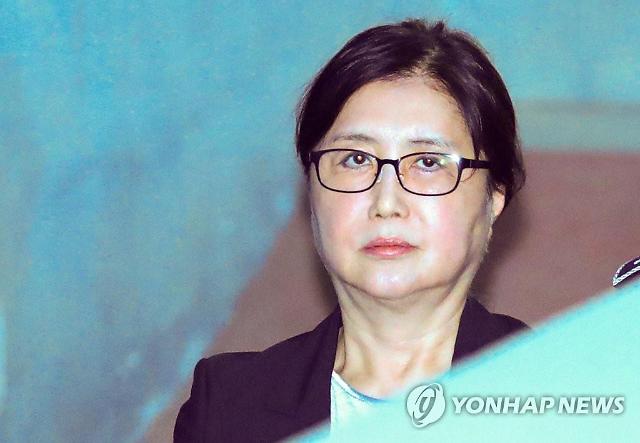 
SEOUL -- The crony of South Korea's jailed ex-president Park Geun-hye got stitches for her forehead injury this month after she fell down at the dressing room of a detention center's bathroom. She awaits a decision by South Korea's highest court on her appeal against a 20-year prison sentence.

Choi Soon-sil, 63, tumbled down in the bathroom dressing room of a detention center in Seoul and tore his forehead on July 4, according to the Justice Ministry. She is currently undergoing treatment at the detention center after receiving about 30 stitches at a nearby private hospital.

Choi has been put in solitary confinement on conviction of causing a state crisis by controlling government affairs arbitrarily for her personal interests and coercing business leaders to make illegal donations.

In February last year, a lower court sentenced Choi to 20 years in prison. Two months later, Park, 67, was given a 24-year jail sentence as a key culprit behind a corruption scandal that revealed deep-rooted collusive ties between businessmen and politicians. In August last year, the High Court in Seoul raised Park's jail sentence by one year to 25 years and upheld a 20-year prison sentence for Choi.

Choi was arrested in November 2016 for meddling in state affairs, siphoning off money from two public foundations created with cash donations from dozens of conglomerates. She has been at the center of a corruption scandal that sparked massive demonstrations.