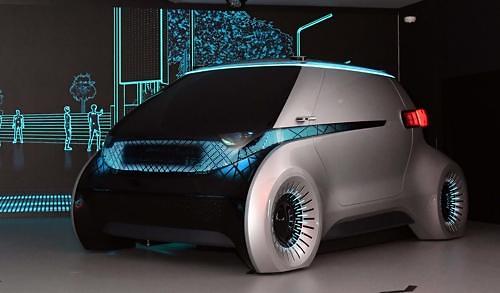 Hyundai Mobis said in a statement on Sunday that its Camera Monitor System (CMS) would drastically improve driving safety by securing a wider angle of view than conventional mirrors while innovatively changing the exterior design of vehicles. Three high-performance camera sensors would significantly reduce blind spots.

The angle of camera sensors is about 35 degrees, twice that of the conventional side mirror, which is about 17 degrees, and the driver does not have to turn his head to check the blind spot, with three display monitors replacing room and side mirrors, Hyundai Mobis said.

The new system improves fuel efficiency and reduces wind noise and air resistance, the company said, adding it can function normally even under harsh conditions such as bad weather and met all relevant legal standards.

It is part of Hyundai Mobis' efforts to accelerate the development of sensors, cameras and other parts for autonomous vehicles and infotainment. The company said in April that it would embark on commercial production of camera sensors for a high level of autonomous driving in 2022.