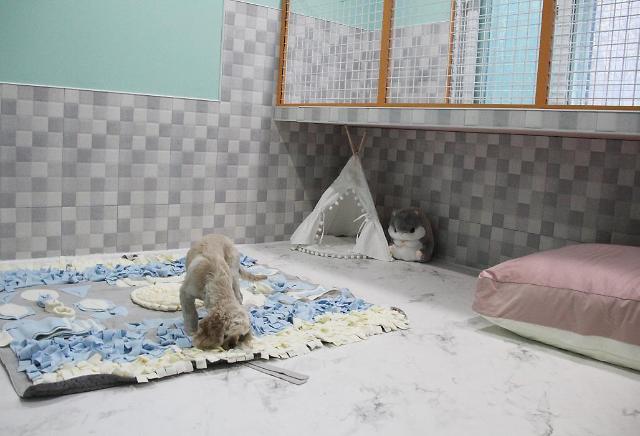 SEOUL -- Pet-friendly accommodations are emerging as a new form of business in a country with about 5.7 million pet households.

Previously, it has not been easy for animal lovers and pets to travel together in South Korea due to the lack of pet-friendly accommodations. The most widely used form of accommodation for pets was pet hotels, which charge up to 30,000 won ($25) per night.

Yeogi Ottae, a hotel-searching app servicer, said in a statement on Tuesday that the number of pet-friendly accommodation facilities including hotels and pensions has jumped from 70 in 2016 to 700 this year.

"Traveling with pets is receiving attention as a new trend," a Yeogi Ottae official was quoted as saying. Yeogi Ottae said an increasing number of accommodation operators has modified existing facilities to reflect the new trend.