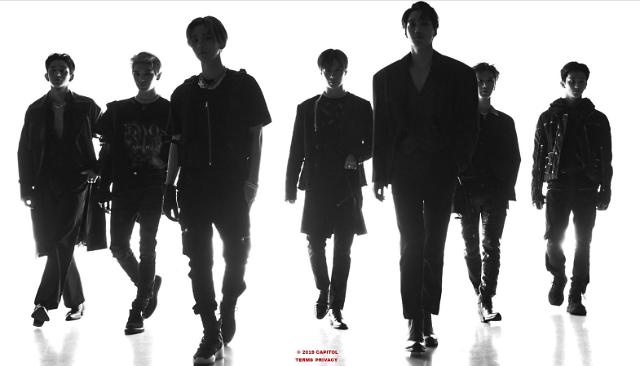 [This screenshot was captured from Super M's official website ]

SM head Lee Soo-man introduced the unit band as "the Avengers of K-pop" at an annual gathering of staff and guests American music label Capitol Records in Los Angeles. Super M will debut in the U.S in October. Capitol Records promised to support with marketing, promotion and publicity.

Super M's active members include Baekhyun and Kai of EXO, SHINEE's Taemin, Taeyong and Mark of NCT, and WayV members Lucas and Ten.

The global popularity and influence of K-pop grew rapidly mainly thanks to BTS, a seven-member boy band which attracted some 150 million fans. Black Pink, a four-member girl band which nested in YG Entertainment, has mesmerized fans in North and South America as well as Europe.

SM, which enjoys a huge fan base in Asia, has tried to win over fans the western music scene with Red Velvet and EXO, but their global recognition is not so big.