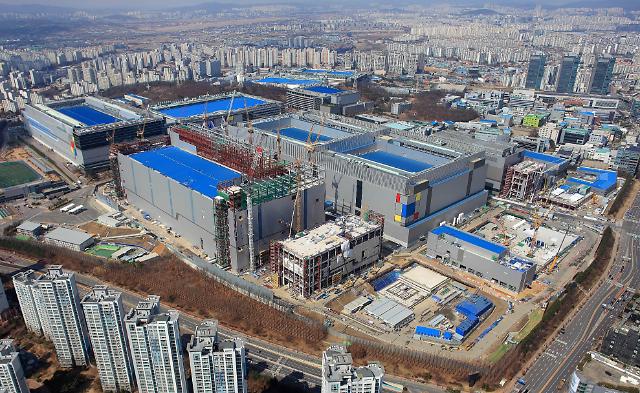 SEOUL -- As a way to diversify its production network, Samsung Electronics' System LSI business department is pushing for the consignment of production from a third party to secure stable production infrastructure by working with outside foundries as its foundry business is on track due to orders from big customers.

According to related industries, Samsung's System LSI division has recently contacted global foundry businesses. Taiwan Semiconductor Manufacturing Company (TSMC) could be a possible contractor because it can produce 7-nanometer (nm) chips, but the world's largest microchip producer declined to confirm. "We cannot confirm any related information yet," a Samsung official said.

TSMC is the world's largest dedicated independent semiconductor foundry. In 2018, Samsung and TSMC began mass production of 7 nm devices. Their 7 nm process offerings are similar to Intel's 10 nm process. If a contract is sealed, Samsung can secure system semiconductors from outside foundries.

Samsung separated its foundry business in 2017. System LSI is only responsible for R&D and design of system semiconductors, while the foundry business is in charge of consignment production and minimizes concerns about the leakage of technologies.

Samsung's Exynos 9820 is a premium mobile application processor (AP) that is powerful enough to process artificial intelligence (AI)-related tasks by itself, ideal for smart devices. It features an integrated neural processing unit (NPU) that specializes in the acceleration of machine learning algorithms.

Normally, mobile APs depend on network servers to carry out AI processing to save memory resources and maintain the processing speed of central processors. Samsung's Exynos 9820 chip provides fast performance and better security of personal information.

Samsung has promised to offer advanced on-device AI features for high-performance mobile chips. Applications for Samsung’s NPUs will expand into areas such as automotive processors that power in-vehicle infotainment and advanced driver assistance systems as well as next-generation data centers optimized for big data processing. It would evolve its NPU research into novel AI hardware technologies such as neuromorphic processors that aim to operate at the level of a human brain.

Samsung may feel the need to establish an external production network as it has aggressively introduced various product lines, based on a string of orders from large customers. The foundry business has secured contracts with American tech giants Qualcomm and IBM as well as Nvidia, which designs graphics processing units.

In April, Samsung revealed a massive investment worth 133 trillion won ($113.8 billion) by 2030 to strengthen its competitiveness in System LSI and foundry businesses, saying it aims to become the world leader in not only memory semiconductors but also logic chips. The company said its investment in R&D and facilities for logic semiconductors would amount to an average of 11 trillion per year until 2030.