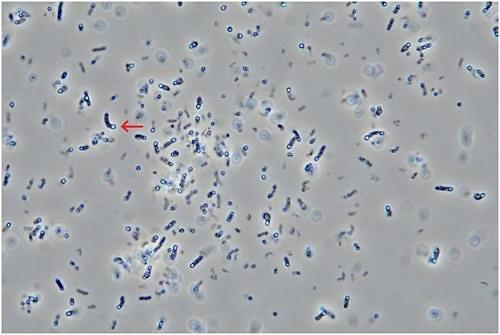 SEOUL -- Daewoong Pharmaceutical, a major bioengineering company in South Korea, claimed to have scored a victory in the preliminary round of a botulinum toxin (botox) patent war with its domestic rival, Medytox, over the origin of strains.

The battle began in 2016 after Daewoong unveiled Nabota, a botox product for the treatment of frown lines, that secured approval from the U.S. Food and Drug Administration in February this year. Medytox has filed lawsuits in U.S. and South Korean courts, claiming that Daewoong has violated trade secrets by recruiting a former Medytox employee to steal information on strains and manufacturing.

Botulism toxins are produced by bacteria of the genus Clostridium. Medytox insisted its botulinum strain type A "Meditoxin" cannot be found in a natural state because it does not form spores, while Daewoong said the strain was sporiferous and found in a stable.

On Friday, Daewoong announced the results of a spore appraisal test which allegedly proved that the two companies have different botulinum strains because ts botulinum strain was found to have formed spores.

The test was conducted on July 4~15 at Daewoong's laboratory in the presence of two court-experts including Michel Popoff of Institut Pasteur based in Paris, and Park Joo-hong, a professor at Seoul National University's biological science department. Daewoong said the test was conducted under pre-agreed conditions to see if its strain creates spores.

Medytox did not agree, insisting in a statement that Daewoong's disclosure was nothing more than a narrow-minded interpretation of the test. "Daewoong Pharmaceutical's claim on the outcome of spore appraisal in the domestic civil suit is a narrow interpretation that only highlights some of the content."

Medytox said Daewoong's alleged theft of Medytox strains would be fully revealed through a scientific investigation by the U.S. International Trade Commission (ITC), a U.S. federal agency that directs actions against copyright infringement and other unfair trade practices. "As the ITC is investigating the strains of both companies in a thorough and scientific manner, all truths will be revealed through this."

The ITC's administrative court has ordered Daewoong to submit its botulinum strains and related documents and information for verification. Medytox said Daewoong's illegal activities would be proved through various verification methods, including the analysis of the entire genome sequence.

Since botox was introduced in South Korea mainly for aesthetic treatment of facial wrinkles, Medytox has seen dramatic growth in sales. It will sell Meditoxin in China under the brand name of Neuronox and plans to unveil a prefilled syringe formulation of botox under the brand of Innotox.