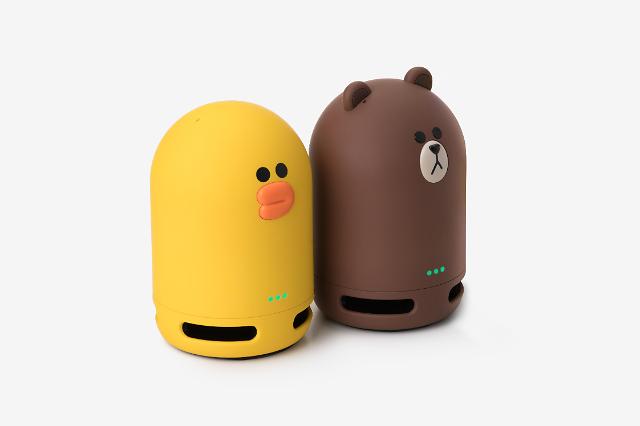 SEOUL -- South Korea's largest web portal operator Naver has admitted to collecting some data from conversations between artificial intelligence speakers and users, but the company denied there was any privacy violation in a country which has one smart speaker at every seven homes.

Naver said Tuesday that it has collected data as stated in an agreement with users to review and improve services. Less than one percent of de-identified conversations were transcribed and terminated after analysis, the company said. De-identification is a digital process used to prevent someone's identity from being revealed.

Naver uses its AI platform, Clova, for AI voice assistant speakers. The company said it has never violated privacy, in response to news reports that Naver is transcribing some recorded conversations between AI speakers and users.

The transcribing process, which documents conversations, is an important process to check if Clova's properly answering to calls by users and improve the quality of services based on collected data, Naver said, assuring users that it protects privacy by splitting data so that transcribers cannot identify them like other AI service providers.

Naver promised to add a new feature that would allow users to turn off the data-collecting function of its AI voice assistant platform while conducting researches on AI learning technologies to strengthen the protection of privacy.

A week ago, foreign media outlets raised suspicions that the contractors of Apple could gain access to recordings collected through "Siri", the American tech giant's AI voice assistant platform.