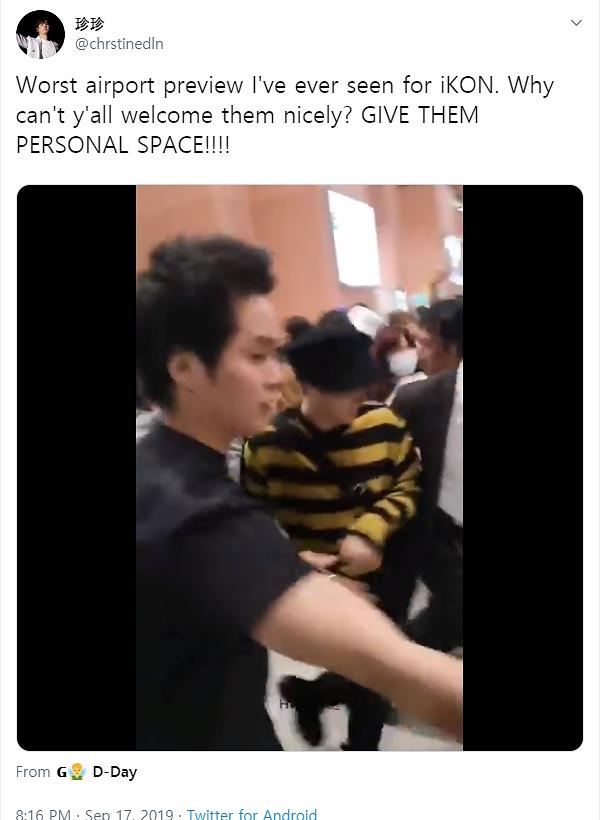 The scene of enthusiastic fans waiting at airports for their idols is not rare. However, iKON, a six-member hip-hop band, was almost mauled over by fans when they arrived at Japan's Kansai Airport on September 17.

Screams of joy and wonder erupted from dozens of fans as iKON members walked out of the gate leading to Kansai's arrival hall. The security line immediately became useless as fans rushed to the band through bodyguards who have desperately tried to fend off the unexpected charge. 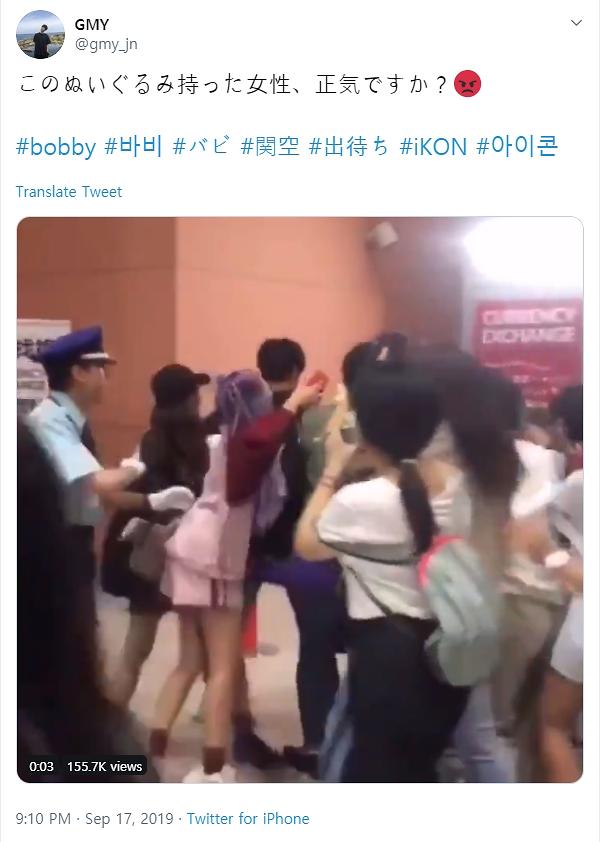 Bobby, a 23-year-old member, was hit in the face with a plush toy. Donghyuk, 22, fell to the floor in a scuffle between bodyguards and fans. Band members were quickly evacuated out of the airport as if they were leaving a warzone. The chaotic scene was filmed and shared over Twitter.

"That was very harmful and risky behavior," YG said in a statement uploaded onto iKON's new blog on Wednesday.

Because of overly enthusiastic behavior by fans, artists actually faced "serious danger," YG said, warning it would strictly restrict fans from participating in any events or activities related to iKON if they cause safety issues.

YG said that if a similar situation takes place again, its artists won't be able to use public transportation during their trips to Japan.

iKON debuted in September 2015 after its members were selected through two cable TV hip-hop audition shows in 2013 and 2014. The band soon gained popularity in South Korea, China and Japan with rhythmic tunes and hooky lyrics. B.I, the band's former leader, left iKON in June this year after he was accused of attempting to buy drugs.