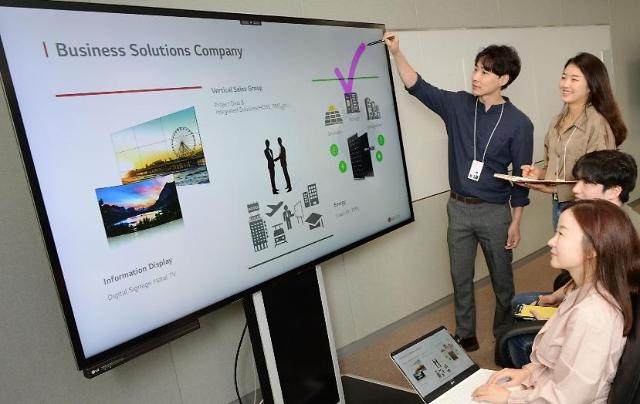 SEOUL -- LG Electronics unveiled a new electronic blackboard installed with an 86-inch screen and smart technology such a screen-sharing feature that allows users to wirelessly connect with various devices including laptops.

The company said in a statement on Monday that "in-cell touch" technology used for premium smartphones was applied for the first time to large displays through collaboration with LG Display, a major flat panel producer in South Korea. The price was not given.

LG said the new product has a thin display and a screen border of 29 millimeters, allowing users to implement a harmonious design with their surroundings. It is equipped with LG's software so that it can utilize a variety of smart functions.