Lifer designates himself as serial killer responsible for 14 murder cases 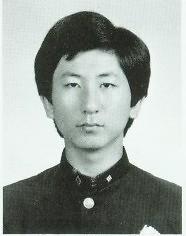 
SEOUL -- A 56-year-old lifer has designated himself as the serial killer of a cold case by confessing to 14 cases of brutal homicide raping as well as 30 other sex crimes. The man provided illustration and explanation on how he killed innocent and defenseless women as described in "Memories of Murder", a 2003 film directed by Bong Joon-ho.

Confession came last week from Lee Choon-jae, who is serving life imprisonment for raping and killing his sister-in-law in 1994, and police said he confessed to 14 murders as well as 30 rapes and attempted rapes from 1986 until his imprisonment.

"Some crime scenes were illustrated with explanation," Ban Ki-soo, head of an investigation team in charge of unsolved cases in Gyeonggi, the province surrounding Seoul, told reporters on Wednesday, adding Lee had made a specific and arbitrary statement about several murders and rapes.

Between 1986 and 1991, 10 women were brutally murdered and abandoned in rice paddies and hills in the three-kilometer radius of a rural town in Hwaseong, 38 kilometers (24 miles) south of Seoul. In one case, the body of an 18-year-old woman was found in a rice field. Lee alleged tied her hands with a blouse and gagged her with socks after she was raped and strangled with a scarf to death.

Lee had used a similar crime method to strangle women and severely damage "certain parts" without using weapons. However, he confessed to nine homicide rape cases in Hwaseong and five unknown cases in other places, 13 years after his crimes reached the statute of limitations on April 2, 2006.

"There is a deviation from time to place, so we are trying to draw a person's memory into a specific statement," Ban said, adding Lee appeared to have confessed frankly in the face of clear DNA evidence. Police have sent DNA from evidence taken in four murder scenes in Hwaseong to state forensic experts.

The previous investigation has set several unbroken records. Police had mobilized a record number of officers for investigations, with more than 20,000 people questioned. From crime scenes, investigators had collected semen, blood and hair, but no conclusive evidence has been found due to underdeveloped forensic technology at that time.

Once, a trace of semen was discovered from the body of a victim, but investigators did not have access to equipment for DNA testing. After the ninth murder, DNA evidence was sent to Japan for analysis, but the results did not correspond with any suspects.

Bong, who now gets a lot of attention this year with its award-winning film "Parasite", was known as a promising director after filming Memories of Murder, which was well-received by both critics and audiences. The film won the South Korean film industry's 2003 Grand Bell Awards for best film.