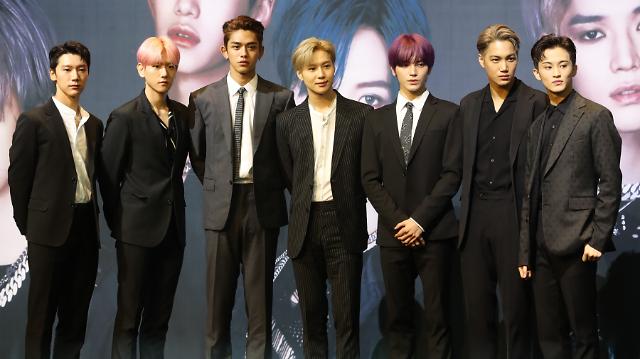 SuperM members pose for a photograph during a press conference on Wednesday. [Yonhap Photo]

SEOUL -- Inspired by the stellar success of BTS, SM Entertainment founder Lee Soo-man, who was credited with pioneering K-pop, is making an adventurous bid to steal the hearts of American music fans by sending "SuperM", an all-star seven-member unit band comprised of prominent male artists, to the center stage of global music.

"Showcasing South Korean content in the U.S., the center of world's culture, is a proud occasion for both me and K-pop as a whole," Lee said, expressing his confidence with the U.S. debut of SuperM, which has earned its nickname "the Avengers of K-pop" because of its members selected from SM's boy bands SHINee, EXO, NCT and WayV. 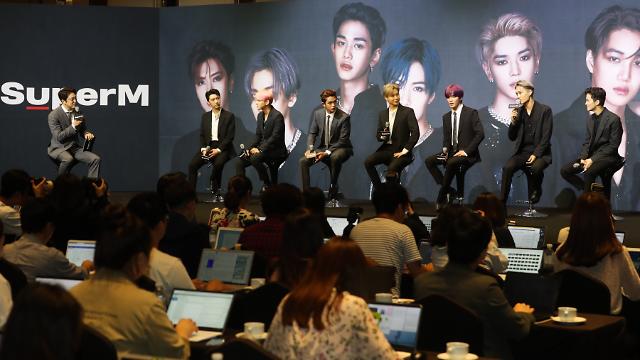 The band involving Baekhyun and Kai of EXO, SHINEE's Taemin, NCT's Taeyong and Mark, and WayV members Lucas and Ten is the brainchild of Lee Soo-man, a genius producer who led the modernization of South Korea's music industry in the early 90s by creating artists such as "Seo Taiji and Boys", a legendary hip-hop trio, and "Hyun Jin-young", a rapper-dancer.

"I will introduce a new universe of culture where the East and the West meet. I'm proud that super synergy is on SuperM's stage, which is much better than I imagined," Lee said. He would collaborate with American music label Capitol Music Group (CMG) to promote SuperM in the U.S.

Before flying to Hollywood for a showcase launching event on October 5, SuperM unveiled its new album "SuperM" including five songs during a press conference in central Seoul on Wednesday. The album's title song, "Jopping", emphasizes strong beats and performances.

SuperM members are confident that they will surprise the American audience. "We have members who are strong in performances. We wish to have good results by showing performances that would match our nickname of "the Avengers of K-pop", Taemin said.

EXO's Baekhyun hinted at the concept of "Jopping". "We were surprised at how we fit into each other so well while we were practicing the choreography for Jopping," the 27-year-old said, adding Jopping's dance moves were designed to express a warrior-like mood.

"We have scenes which warriors fight at a coliseum in our music video. It frankly means that we will 'end everything'," Kai said, vowing to present a true essence of performances by SM artists. 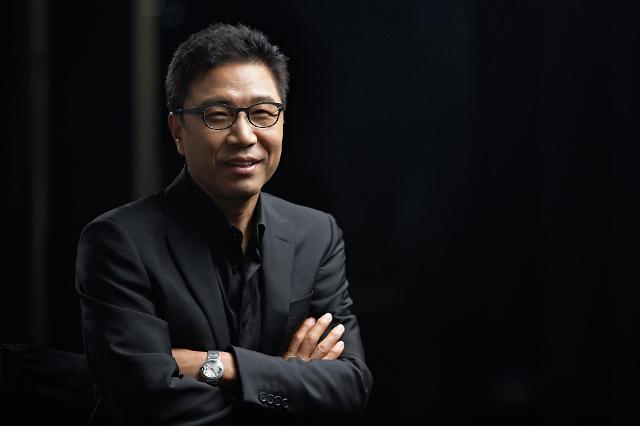 Lee's ambition of spreading K-pop abroad began decades ago. He was praised for transforming the landscape of South Korea's music scene, which had been focused on folk songs and ballads played by real bands, into a stage full of dance performances based on group choreography, strong and rhythmic hip-hop beats and electronic sounds.

He later produced H.O.T, a five-member boy band, and SES, a female trio, which showed off elaborate dance performances. After conquering the domestic market, Lee turned his head to overseas markets and produced BoA, who was 13 years old when she debuted in 2000. She became super-successful in Japan.

In 2008, BoA tapped the U.S. market, but she had to return home with disappointing results. SM's other artists such as Girls' Generation, EXO and NCT have also knocked on the gates of the U.S. music scene to go beyond Asia, but they received less attention than BTS and BLACKPINK.

The global K-pop scene has been heavily influenced by BTS, a seven-member band with an estimated 150 million active fans worldwide, and BLACKPINK, a four-member girl band which nested in YG Entertainment.

On the sidelines of MU:CON, the biggest K-pop fair in South Korea, Nicole Frantz, head of Capitol Music Group's Creative Services, said on Tuesday that K-pop's visual aspects and trendiness were a key driving force in the Western music market. "Visual speaks to me. And I truly believe in the power of content and creativity to drive music globally."

However, Frantz said K-pop should overcome a language barrier. "I do see the benefit and value of having English speakers to represent the groups and speak directly to the fans because unfortunately still in America, you rely heavily on that connection."