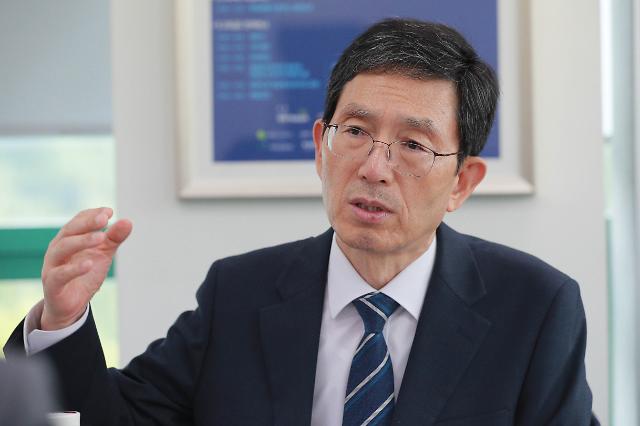 SEOUL -- South Korea's economic policy went astray to curb real estate prices that have increased steadily despite a string of regulatory action at a time when policymakers are struggling with low growth and low inflation caused by sluggish consumption.

Consumer prices dropped 0.4 percent from a year earlier in September, sparking worries about deflation. However, Bank of Korea Governor Lee Ju-yeol called for more aggressive fiscal and monetary policies if necessary. "As of now, there are no serious signs of deflation," Lee said, defining deflation as a steady drop in prices of "many products" for "at least several quarters."

There is a quite different voice from the National Research Council (NRC) for Economics, Humanities ＆ Social Science, a state body that fosters support for government-funded research institutes. NRC Chairman Seong Kyoung-ryung warned South Korea could see a period of stagnation as Japan experienced following the asset price bubble's collapse in late 1991 and early 1992.

"There may be some differences, but we could experience a similar risk to Japan's lost 20 years. The Korean economy is also at a crossroads. We cannot rule out the possibility that the low birthrate and aging population could pull down aggregate demand and open the door to deflation," Seong said in an interview with Aju Business Daily.

Seong warned that the Korean economy could be trapped in "repeat signs" of a reduction in consumption and investment, a decrease in employment and sluggish domestic demand. "South Korea could suffer a catastrophic collapse that it has never experienced before," he said, adding housing, schools, administrative systems and pensions, created during the period of expansion, may all shrink.

"There is a sign of deflation at an early stage. In addition to the decrease in population, Japan has lost 20 years due to economic contraction, falling exports and worsening income distribution," Seong said, pointing to a steeper low birth rate than Japan.

Japan is now carrying "huge explosives on their backs" due to large-scale social overhead investments aimed at reviving its local economy, Seong said. "There may be some degree differences depending on what kind of policy the government uses. However, we will suffer similar problems because total demand will be reduced."

Seong urged the government to change in the direction of investment into "people" to foster software technology if it wants to take a different path from Japan. "There is not much evidence that our country will go on a different path from Japan. We need to change the direction of investment. We should invest in people even now."

Breaking away from past policies, it is important for South Korea to foster smart manpower in artificial intelligence, data and automatic control, Seong said, adding policies based on tax hikes were effective only when South Korea was in a period of expansion. "It could freeze the economy at a time when the overall economy contracts. It can have consequences that are diametrically opposed to intent."