​Illegality of Japan's trade 'retaliation' at issue in new round of S. Korea-Japan battle in WTO


SEOUL -- Three months have passed since an economic conflict erupted due to Japan's export regulations on three semiconductor materials. Japan excluded South Korea from a "white" list of trusted trading partners. South Korea hit back with similar steps and decided to file a lawsuit against Japan with the World Trade Organization. As a result, the two countries are now locked in a new round of their WTO battle.

The justification for Japan's export restrictions is that South Korea has broken international laws. Japan claims the 1965 Treaty on Basic Relations has resolved all colonial-era issues. Japan insists that individual victims' right to claim also disappeared at that time. Its logic is that South Korea's Supreme Court ruling on compensation last year in recognition of the individual rights of forced labor victims to file suits is a violation of the agreement and a violation of international law.

In 1965 when the two countries restored diplomatic relations, agreements on the settlement of problems in regard to property and claims and economic cooperation were also signed. Japan provided $800 million as "economic cooperation," insisting that war-time property issues and individual claims for compensation, were settled completely and finally.

When asked by Hiroshige Seko, a Liberal Democratic Party member of the House of Councillors, about Japan's relations with South Korea, during a plenary session of the upper house of parliament on October 8, Japanese Prime Minister Shinzo Abe said, "South Korea, which continues to undermine trust relationship by neglecting the status of violating the agreement on claims that forms the basis of the Korea-Japan relationship, should first create an opportunity to bring the Korea-Japan relationship back to a healthy one by complying with state-to-state commitments based on international law." He held South Korea for being responsible for the restoration of relations. Seko, who gave Abe a chance to express his opinion, led Japan's ban on exports to South Korea as minister of economy, trade and industry at the previous cabinet.

The WTO complaint is seen as South Korea's last resort to neutralizing Japan's economic retaliation. The key point is to reveal the illegality of economic retaliation Japan took by taking issue with South Korea's violation of international law. Given Seko's pressure on the media to use export-regulated measures against South Korea as "management" rather than "regulation", it seems clear that Japan is also wary of charges that it violated WTO rules.

Japan's position is that it did not violate WTO rules but only fixed export controls for security guarantees without imposing a direct ban on exports. Some saw Japan's decision to give selective permits and refrain from blocking exports of restricted items to South Korea completely as a step to develop its defense logic in the WTO war.

The overall record was actually South Korea's clean victory. Japan took issue with South Korea's anti-dumping duties on stainless steel bars in June last year and filed a complaint in November of the same year, claiming that measures to restructure South Korea's shipbuilding industry with subsidies violated a WTO agreement. Their procedure is still in progress along with recent export regulations. South Korea scored a victory in the remaining four cases.

The WTO adopted an appeals body's report on September 30 on South Korea's imposition of anti-dumping tariffs on Japanese air pressure transmission valves. Although controversy arose over the claim that South Korea and Japan won each other's case, the Ministry of Trade, Industry and Energy explained that South Korea has almost won by decision because the WTO ruled that Seoul's action was not in violation of the agreement on 10 of the 13 issues.

Moreover, Japan did not initially file a complaint on how to calculate South Korea's dumping rate, so whether to adjust the tariff rate was excluded from the list of reviews in the first place. The ruling did not affect South Korea's 2015 decision to impose anti-dumping duties of up to 22.77 percent over the next five years on Japanese pneumatic valves. After all, it is not persuasive for Japan, which failed to prevent South Korea from imposing anti-dumping duties, to claim victory based on favorable judgment on some methodological issues.

South Korea brought the laver dispute to the WTO in 2004, demanding the removal of Japan's import quota. It ended with South Korea's withdrawal of the lawsuit as Japan decided to sharply increase imports of laver from South Korea in 2006. The DRAM dispute erupted when Japan imposed a 27.2 percent tariff on hynix DRAMs, but ended with Japan's removal of tariffs after South Korea won a final WTO ruling in April 2009.

The WTO appeals body ruled in favor of South Korea in a dispute over its ban on imports of fisheries products from around Fukushima in April. 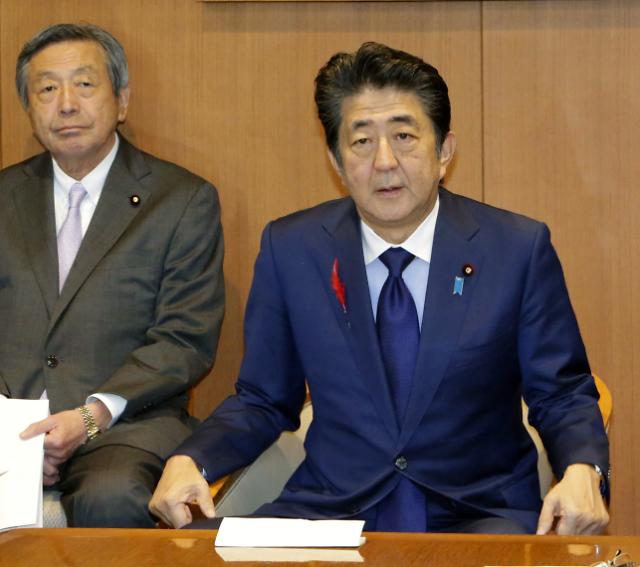 There are three major violations of Japan's WTO agreement obligations, which the Korean government officially took issue with Japan's export regulations and listed on the bilateral consultation request form, which constitutes a complaint.

First of all, Japan's shift from comprehensive permission to individual export permits for three items, singling out only South Korea, is a violation of the WTO's fundamental principle of anti-discrimination, especially the most favored nation treatment obligation.

South Korea also took issue with violations of the duty to ban the setup and maintenance of export restrictions. This is because the Japanese government has decided to give individual permission to each contract for the three items that had been traded freely. Japan has banned any form of blanket permission. Because of this, South Korean companies have to import items, which used to available within one to two weeks, through a government-authorized process that takes up to 90 days, and there is also the uncertainty that they could be rejected at any time.

The Korean government plans to officially request bilateral talks, the first step in the dispute settlement process through the WTO, to negotiate with Japan on withdrawing its move as soon as possible.

Bilateral negotiations are the first step in resolving the WTO trade dispute. If an agreement is not reached within 60 days, the WTO will request the establishment of a panel, which is equivalent to the court and review the issue. Usually, panel decisions and implementation by the parties take about 15 months.

If one side appeals, the appeals body takes over and is required to issue a report within 60 to 90 days, but in reality it usually takes years. The dispute over Fukushima fisheries also took four years before South Korea scored a comeback win.

Against this backdrop, skepticism over WTO complaints is mounting. In particular, Japan's latest export regulations targeted the semiconductor industry, a key sector of South Korea's economy. This is because damage from Japan's export regulations cannot be avoided during the years of the WTO dispute, which also cannot guarantee its outcome. In other words, it could be like calling the doctor after death.

Worse, the WTO's future has become grim. Media outlets diagnosed that the international body has faced its biggest crisis since its establishment. Coupled with U.S. President Donald Trump's threats, the WTO is in crisis due to a barrage of calls for partial reform that reflects each country's interests.

The WTO's appeals body, which is like the "World Trade Supreme Court," is in a position to simply open its door without any business. It is responsible for primary trial and judgment on disputes brought to the WTO. It consists of seven people in total and requires at least three to make a decision. There are currently four vacancies and two of them are due to end their terms on December 10. Until then, if Trump does not relent, the appeals body will lose its function with a one-man system, paralyzing dispute settlement procedures. WTO Director-General Roberto Azevedo warned that a series of trade retaliation would follow.

The WTO is under pressure to reform due to growing protectionism, changes in the form of trade such as e-commerce, and technological development. The problem is that it is not easy to come up with reform plans that will meet all the needs of each country. The WTO has lost center as the U.S., which was instrumental in forming the intergovernmental organization, has turned its back on it.

(This story was contributed by Kim Shin-hoe, the head of Aju Business Daily's international department.)