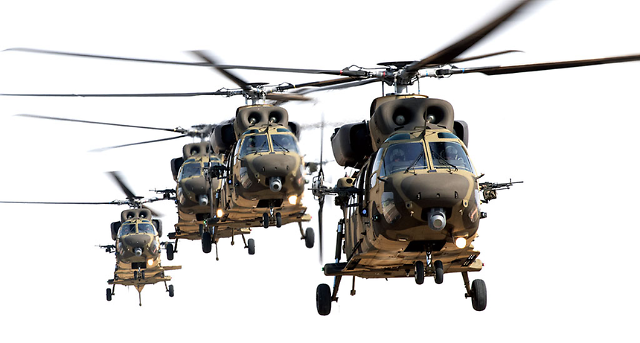 
SEOUL -- Korea Aerospace Industries (KAI), the sole aircraft maker in South Korea, will join hands with the helicopter manufacturing division of Airbus for the global marketing of Surion, a home-made transport chopper, reflecting efforts by the two development partners to find an export market.

At the initiative of CEO Ahn Hyun-ho, KAI has decided to sign a memorandum of understanding with Airbus Helicopters on cooperation in marketing and technology at Seoul ADEX 2019, an aerospace and defense exhibition held at a military airport in Seongnam, south of Seoul. KAI seeks to generate synergy by using Airbus' global network.

"For KAI to grow one step further, it is important to expand exports," a KAI official said. "The reason why we sign an MOU with Airbus Helicopters is that we are strengthening our overseas marketing."

KAI has maintained cooperation with Airbus Helicopters. They established a joint venture, but it was liquidated in June. Still, KAI hopes to take full advantage of Airbus Helicopters' resources to seek a new turning point in helicopter exports.

To replace an aging fleet of utility helicopters, Surion, a two-engine helicopter for military and civilian use, was developed with technical assistance from Airbus. Since its development was completed in July 2012, Surion choppers have been delivered to South Korean troops,  but none has been exported abroad.

The Surion has exposed various defects. In July 2018, a Marineon helicopter which was on a test flight at a naval airbase in the southeastern port city of Pohang crashed, killing five soldiers and leaving one injured. The Marineon helicopter is Surion's amphibious variant and South Korean inspectors found that poor heat treatment caused a crack in the roto mast provided by a French company.