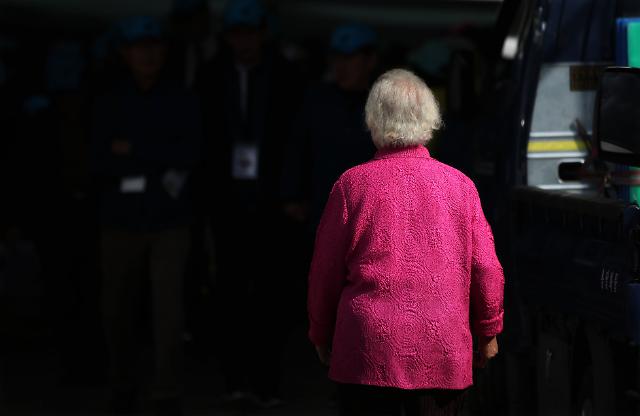 SEOUL --  South Korea, which is one of the world's most rapidly aging societies, will invest some 200 billion won ($171.7 million) in a nine-year research and development project to find effective methods for the prevention, early detection and cure of Alzheimer's disease.

The Ministry of Health and Welfare said in a statement on Tuesday that 198.7 billion won would be invested in Alzheimer's disease research and development (R&D) project for eight years from 2020.

Alzheimer's disease, also known as dementia, is a progressive disorder that causes brain cells to degenerate and die. Common symptoms are a continuous decline in an ability to think, the loss of memory and disruption in a person's ability to function as an individual human being. Dementia also affects the behavioral and social skills of a person to bring unexpected changes in the patient's personalities and actions.

"Once the R&D project is completed, Alzheimer's disease can be detected early in the non-symptomatic stage and its occurrence can be delayed through preventive treatment," a health ministry official was quoted as saying. The research will be conducted in 14 areas of core technology, mainly to identify the cause, study the basis of occurrence and develop diagnostic, preventive and therapeutic technologies.

The project will focus on the early detection of dementia and upgrade existing test technologies such as diagnostic imaging, cerebrospinal fluid examination and diagnostic devices. There are medicines that help slow the degeneration of the brain, but there's no actual cure to Alzheimer's disease.

According to the health ministry, there were some 750,000 dementia patients in South Korea last year and the number of patients is expected to reach about 3.3 million by 2060. Data from Statistics Korea, a state-run statistical information service, showed that South Korea would become the world's most aged society by 2067.