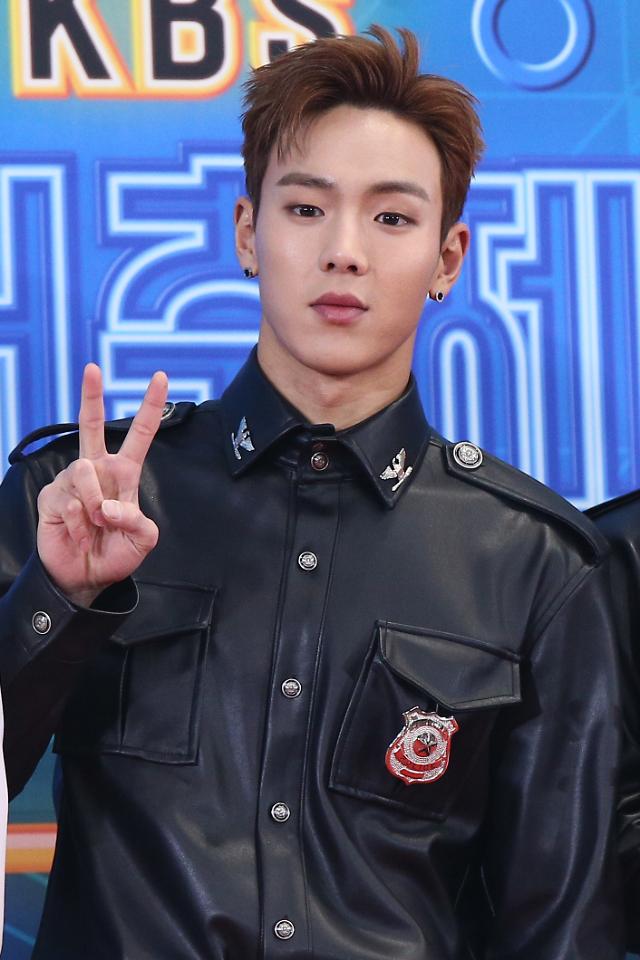 SEOUL -- The agency of K-pop boy band MONSTA X was on guard against fresh accusations against Shownu after one member left for alleged disgraceful behavior. It vowed to take strong legal action against online distributors of fabricated pictures that surprised online K-pop fan communities.

On Sunday, a Twitter user uploaded three photographs showing a man lying on a bed only wearing his underwear. In one picture, the man was fully naked and the uploader claimed that he was Shownu, 27. As fierce debate erupted among fans over their authenticity, Starship Entertainment dismissed them as fabricated.

"Currently, illegally fabricated photographs related to Shownu are being distributed online and on social media," the agency said in a statement released on Sunday. The agency said it would ask police to investigate the case.

Thousands of fans have left online comments to support the singer. "This is so horrible. I think whoever did this must go to jail," said "tsun", a user of "Naver", South Korea's largest web portal". Another user "4155" said: "It is a heavy crime to distribute content fabricated with malicious intent. I hope cyberbullies should be heavily punished."

MONSTA X, which originally a seven-member band, came back to the music scene with a new album on October 28 but Wonho, 26, had to left three days later after he was caught up in a scandal that sparked online accusations about his inappropriate personal life.