KEPCO claims to be industry-first in cxommercializing superconducting cable system 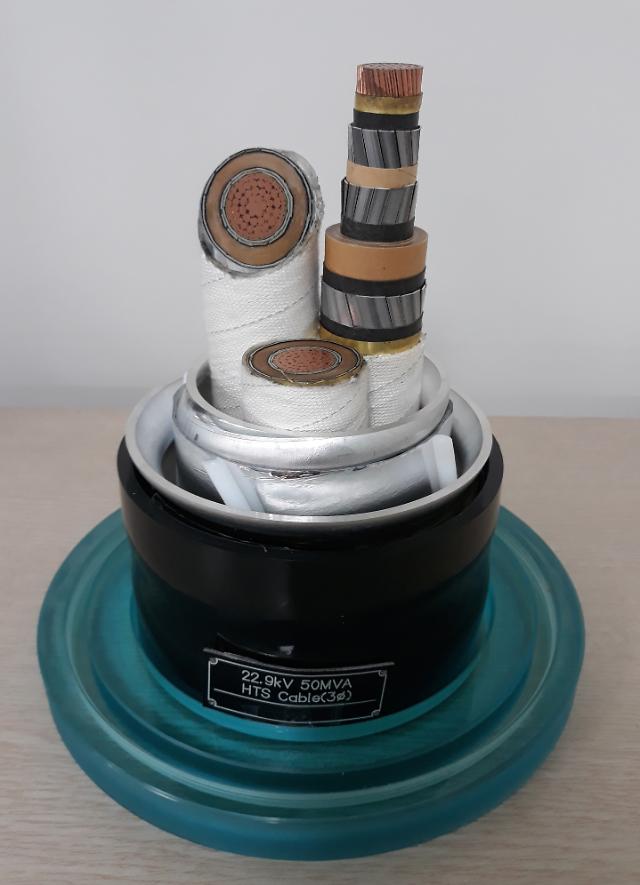 SEOUL -- South Korea's state electricity company claimed to be "industry-first" in commercializing a superconducting cable system that improves the efficiency of electricity transmission and distribution networks. It is regarded as a crucial next-generation power transmission technology.

Compared to traditional copper conductors, superconductors can increase transmission capacity increased by more than five times, but the loss of transmission is far lower, KEPCO said, adding it is suitable for larges cities and tracks that need to be replaced due to overloading.

"We will establish the superconducting sector, a key future technology, as a new growth engine and allow South Korea to gain an upper hand in the global energy market," said KEPCO CEO Kim Jong-kap. "Through the continuous development of technologies, we will play a leading role in the virtuous cycle of superconducting industries by promoting the vitalization of a domestic industrial ecosystem in the superconducting field."

LS Cable & Systems, a major South Korean cable maker, was in charge of manufacturing and installing cables. LS Cable CEO Myung Roe-hyun vowed to actively enter overseas markets in cooperation with KEPCO.
"The commercialization of superconducting cables will bring about a paradigm shift in South Korea's dominance in the power industry, which has been led by European and Japanese companies."