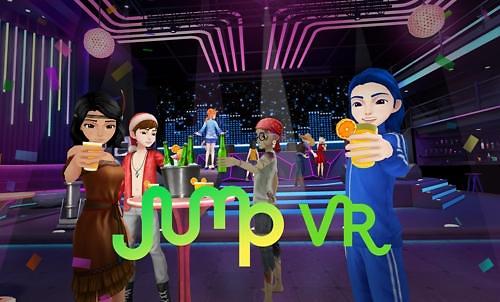 SEOUL -- SK Telecom, a top mobile carrier in South Korea, created a virtual reality playground where users can create their own avatars, hang out with colleagues and engage in various activities to socialize and build private spaces through cooperation with other tech firms including Facebook.

The mobile carrier aims to create a global multi-language virtual reality (VR) playground for domestic and foreign users, but there are still doubts about its accessibility due to the limited distribution of VR headsets worldwide.

SK Telecom (SKT) said in a statement on Tuesday that it has launched "Virtual Social World", a free VR social media, in South Korea. The company said it would roll out its global service during the first half of 2020. Anyone using a VR headset can access SKT's social media.

The ultimate goal of Virtual Social World is to expand real-world activities into the virtual world. "In the future, virtual space will be expanded to major tourist sites and shopping malls" with avatar types and scope of activities to be widened, SKT said.

The history of online game-based social media began in 2003 when U.S. technology company Linden Research released "Second Life" in which users created avatars, which are three-dimensional computer graphic characters, to represent themselves in the virtual online world. Second Life received positive feedback from both users and critics for the likeness of the virtual world to the real world. Users can virtually do anything to socialize, operate a business or travel around.

SKT's Virtual Social World provides a similar environment, but users are required to wear VR headsets. In an effort to attract new users who do not have VR headsets, SKT has partnered with Facebook, the world's top social media service, to release "Oculus Go", a VR headset priced at 238,000 won ($203).

Avatars can visit seven different-themed worlds to visit a dance club or chat with other users. A virtual personal space is given to every user so that he or she can decorate a private room and invite other users. South Korea's web service giant Kakao created a Kakao-themed world, involving popular cartoon characters inside Virtual Social World.