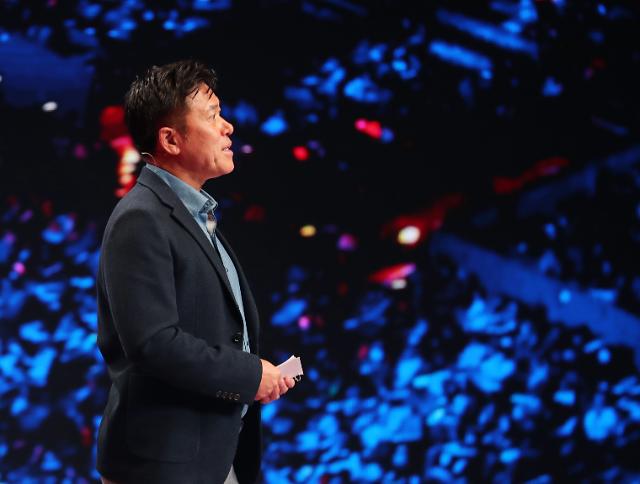 "Let's work together to create content that can be shared by the world," Park said at a cultural forum Monday on the sidelines of a special summit in the southern port of Busan between leaders of South Korea and the Association of Southeast Asian Nations (ASEAN), a regional intergovernmental organization comprising ten countries in Southeast Asia.

Park suggested that Asian countries should join forces to create content that can be shared with the world. "Cultural identity is more important than technology in the media industry," he said, adding growing the size is a "very important" strategy in the global platform race.

Thanks to 5G innovation, media-based sports is positioning itself as a new genre of sports, Park said. "5G will enable the streaming of all games that were only possible in high-speed PC environments, so the format of consuming games will become 'OTT (over-the-top) serviceable' in the future."