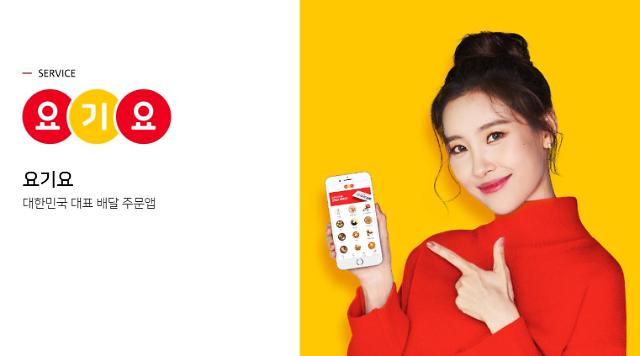 Homeplus said in a statement on Wednesday that it has signed a memorandum of understanding with Delivery Hero Korea, the operator of Yogiyo, to provide grocery delivery service to consumers. Through the cooperation agreement, Yogiyo will receive orders from customers and deliver groceries from nearby Homeplus Express, the supermarket brand of Homeplus.

Homeplus said that customers can order 400 kinds of groceries from four selected Homeplus Express stores in Seoul. The mega-store chain said that it will gradually increase the number of supermarkets that provide delivery services.

According to the Ministry of Trade, Industry and Energy's data, sales of offline stores including supermarkets and mega-stores have declined 5.6 percent on-year in July this year. In the contrary, the sales of online stores increased by 8.7 percent.

The sluggish sales of offline stores were heavily affected by the country's rapidly growing e-commerce industry. Thanks to the increasing number of single households and young workers who wish to save time shopping, South Koreans spent 11.2 trillion won ($9.5 billion) on online shopping in August this year, up 21.4 percent from the same period last year.

In a bid to differentiate its service from Baedal Minjok, the top food delivery service, Yogiyo has targeted the niche consumer groups that wish to shop for groceries conveniently and have them delivered to home in just a few hours.

Yogiyo has partnered with CU, a local convenience store franchise, earlier this year to test its grocery delivery service to see whether it has a potential in the growing delivery market.

Yogiyo's test turned out to be successful. According to CU, the average delivery sales of stores were increased by 19.2 percent after the convenience store chain partnered with Yogiyo to add daily supplies to the list of products available through the grocery delivery service in September. CU said that 46 percent of the total delivery orders were sanitary products including condoms and sanitary pads.