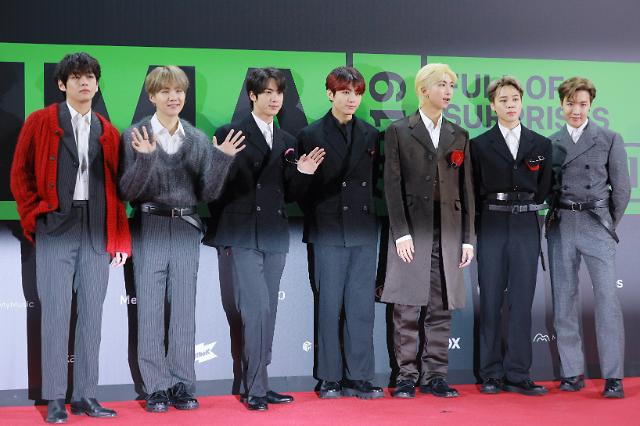 SEOUL -- K-pop band BTS will perform at this year's Mnet Asian Music Awards (MAMA), an annual end-of-the-year event, to be held in Japan. The event will be aired live through TV channels and online video streaming platforms across Asia.

The seven-member band will perform at Asia's largest music awards event at Nagoya Dome at 6:00 p.m. (0900 GMT) Wednesday along with other K-pop stars such as TWICE, MAMAMOO, Monsta X, TXT and GOT7.

Park Bo-gum, a popular South Korean actor, will host this year's event. The 26-year-old has hosted MAMA since 2017. Celebrities who will attend this year's event include actors Cha Seung-won and Lee Kwang-soo.