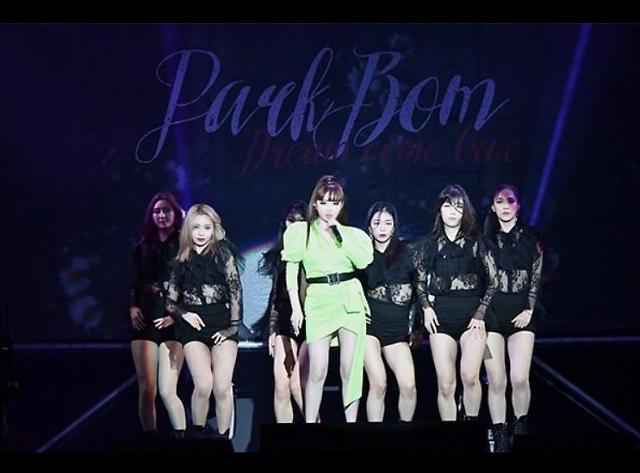 
SEOUL -- Park Bom and Sandara Park of South Korea's defunct girl band 2NE1 have collaborated to release a duet song next week. This is the first time former 2NE1 members have collaborated for a song since  their group disbanded in 2016.

After 2NE1 members chose to walk their own paths, Park pursued her solo career. She participated in Queendom, a music competition show, with girl bands including AOA, Lovelys and (G)I-DLE.

Sandara appeared in "One Step", a Korean film remake of American movie "Begin Again", in 2017. CL released "In The Name Of Love", a solo project album that topped iTunes' albums chart in nine countries.