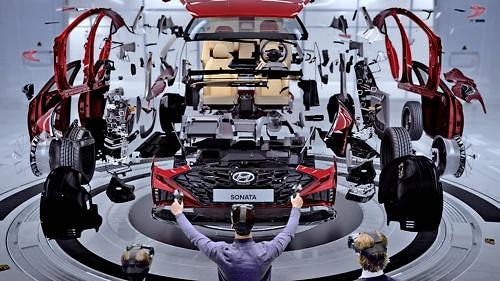 The group's VR design system was showcased at a research hub in Hwaseong southwest of Seoul on Wednesday. Some 15 billion won ($12.8 million) has been spent on reforming the group's R&D structure to fluidly adapt to the rapidly changing global vehicle market. Virtual verification is expected to speed up development and implementation stages.

Hyundai said in a statement that designers and developers can work just like researchers on actual physical models. The auto group said that its system would save time by up to 20 percent and money by 15 percent in making physical models of concept cars and prototypes. 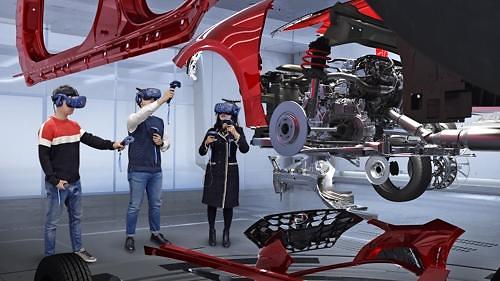 "The virtual development process is a necessary step for responding quickly and reacting with agility to the needs of customers and paradigm shifts within the automotive industry," Albert Biermann, the group's research and development chief, was quoted as saying.

The new virtual reality design evaluation system is part of Hyundai's strategy to cope with a change in the paradigm of the global vehicle market and consumer demands. Up to 20 engineers and designers can simultaneously participate in the development of a virtual vehicle model based on digital data.

VR headsets allow designers and engineers to virtually enter developmental simulations, with 36 motion tracking sensors detecting and tracking locations and movements of all users, enabling each to participate accurately in real time. The new system can support up to 20 simultaneous users fro cross-team collaboration.

Designers are allowed to more efficiently review a multitude of design concepts. The system simulates interior and exterior design elements, lighting, colors and materials, and even virtual environments themselves.
Quality verification using virtual models and techniques in early design stages will ultimately enhance the quality control of real-world vehicles.