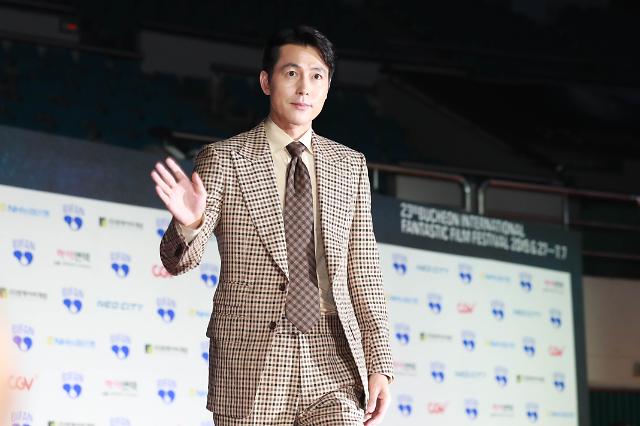 SEOUL -- Jung Woo-sung, one of South Korea's critically acclaimed actors, will pursue his career as a producer in Netflix's original series "The Silent Sea" (working title), a science fiction thriller.

Netflix said on Monday that the 46-year-old was selected as the executive producer of Netflix's original series. "The Silent Sea" depicts a story about elite scientists heading for the moon to retrieve unknown samples from an abandoned space station. It was based on an eponymous short film directed by Choi Hang-yong in 2014.

Jung, who debuted in 1994, has a unique position in South Korea's cinema scene as he covers a wide spectrum of genres. In 2016, he produced and starred in "Remember You". The actor is also well-known for campaigning to raise awareness of social issues.

Netflix, the world's largest over the top (OTT) video-on-demand service operator, has revved up the production of South Korean content this year to capture the hearts of young consumers, especially in the Asia region. To accelerate growth in South Korea and neighboring countries, the OTT company forged a three-year partnership with CJ ENM and Studio Dragon to create original content.