Boy band BIGBANG to perform at Coachella as four-member group 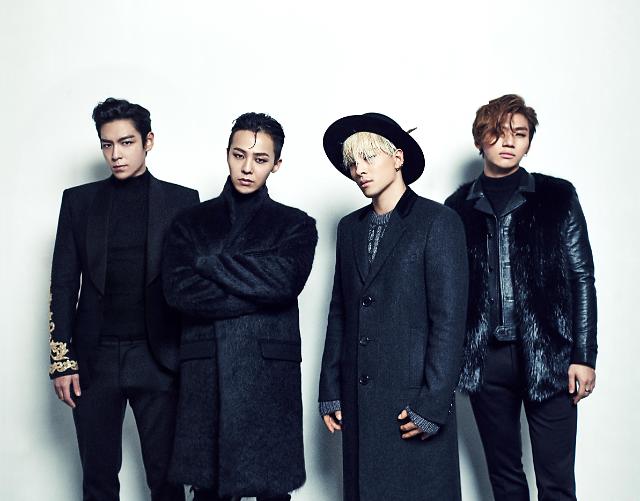 
SEOUL -- Boy band BIGBANG will say goodbye to a gloomy period of scandal-stricken years by making its first performance as a four-member group at Coachella Valley Music & Arts Festival, the largest music festival in the United States, in April.

YG Entertainment said in a statement on Friday that the K-pop band was invited to perform at Coachella Valley Music & Arts Festival on April 10 and 17. That will be the band's first full group activity after all four members ended their obligatory military service as of November 2019.

The iconic music festival to be held in California's Coachella Valley involves top artists such as Rage Against the Machine, Thom Yorke and Travis Scott. Last year, BLACKPINK performed for the first time as a female K-pop group. Epik High, a South Korean hip-hop trio, will perform at the festival this year.

BIGBANG, which originally debuted in 2006 as a five-member band, has been inactive for about three years because of military services by G-Dragon, T.O.P, Daesung and Taeyang one after another in 2017 and 2018. During its dormant period, the band has seen unsavory affairs.

Seungri, 29, got caught up in a scandal over "Burning Sun", a dance and music club in southern Seoul, in early 2019. He was accused of arranging sexual services for business favors to draw money out of foreign investors.

Seungri has been the target of public criticism since a 28-year-old dance club customer claimed in January that he was brutally beaten by Burning Sun employees. An investigation exposed drug trafficking and a sex video scandal that forced the departure of celebrities. Jung Joon-young, a singer-songwriter, was arrested for posting illegally filmed sex video files.

T.O.P has been investigated by police for smoking marijuana. In July 2017, he as sentenced to 10 months in prison with a stay of execution for two years.