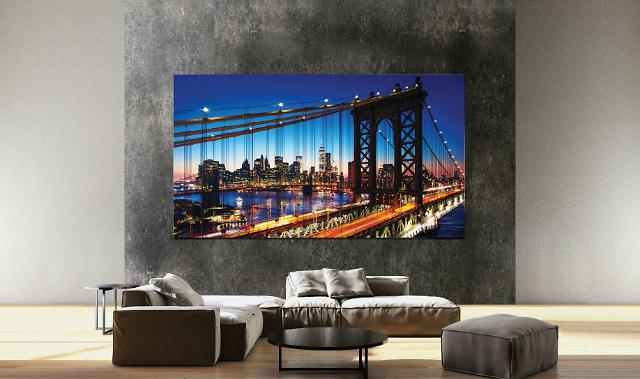 LAS VEGAS -- In a bid to firm its position as the top player in the global premium home entertainment market, Samsung Electronics introduced a new lineup of TVs using its latest microLED technology that features ultra-slim designs and almost no bezels, drawing great attention from visitors at CES 2020, the world's largest trade fair in Las Vegas.

Multiple microLED TVs of various sizes from 75 inches to 110 inches can be put together and connected to create new combinations and adapt their TV for their specific space. As it has a higher density than normal LED TVs, microLED TV is suitable for displaying ultra-high-resolution video contents.

"As our lifestyles continue to evolve, the TV screen is evolving with them to provide consumers access to their favorite content and real-time information whenever and wherever they want it," said Samsung's visual displays division head Han Jong-hee.

Just like its premium TV brothers, Samsung's new microLED TV was backed by a powerful artificial intelligence-based chipset that features "upscaling," an imaging technology that renders video of any resolution into an ultra-high-definition 8K resolution. 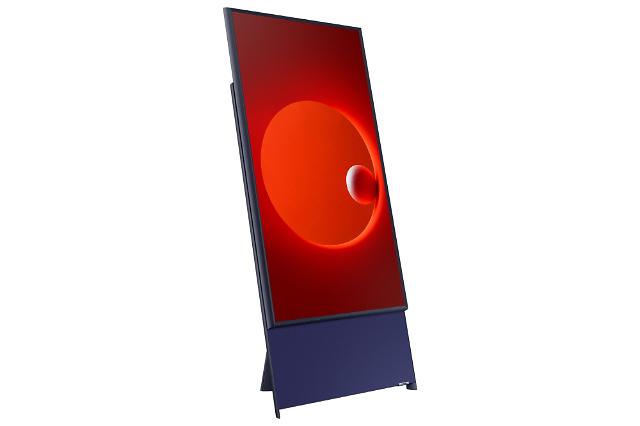 Sero, which means "vertical" in Korean, received attention when it was unveiled last year for its versatileness as it can mirror the vertical image that is shown in smartphones or tablets just by pivoting the TV's display to a vertical mode. It can be interlocked with smartphones for YouTube and other social networking services. The new TV can operate by using a smartphone app or bringing a smartphone to a TV.

Samsung has said the media environment was rapidly changing with many young people involved in multitasking like games, web surfing and social media by changing windows and consuming content on mobile devices often in vertical form.